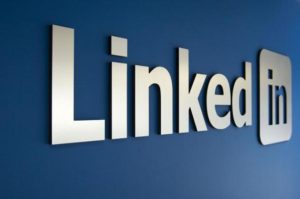 LinkedIn Corp., which is currently the biggest professional social-networking company in the world, revealed in a statement that it agrred to pay 6 million dollars in unpaid wages and damages to a total of 359 current and ex employees of the company in Illinois, New York, California and Nebraska.

The administrator of the Department of Labors wage and hour unit Mr. Devid Weil commented in a statement, which was cited by the Financial Times: “We are particularly pleased that LinkedIn also has committed to take positive and practical steps towards securing future compliance.”

The U.S. Labour Department claimed that the employees in question were not properly paid for overtime working hours in the period between February 2012 and February 2014. The government agency also said in a statement that it reached an agreement with LinkedIn Corp. The U.S.-based company also agreed to inform managers that overtime work must be recorded and paid for.

The company was proved to have avoided paying to 359 employees for all working hours. According to the statement made by the U.S. Department of Labour, 3.3 million dollars in overtime back wages plus 2.5 million dollars in liquidated damages will be paid by LinkedIn Corp. LinkedIn also signed off on an enhanced compliance agreement with the Labour Department, which on the other hand, advised all employers to review their pay policies.

As reported by Bloomberg, one of the spokeswomen of LinkedIn – Mrs. Shannon Stubo commented on the agreement: “This was a function of not having the right tools in place for some employees and their managers to track hours properly; prior to the Labor Department approaching us, we had already begun to remedy this. LinkedIn has made every effort possible to ensure each impacted employee has been made whole.”

LinkedIn Corp. was 0.36% up to close at 202.50 dollars per share yesterday, giving the company a market valuation of 24.89 billion dollars. The share price of the company has lost 14.04% in the past twelve months. According to the information published on CNN Money, the 33 analysts offering 12-month price forecasts for LinkedIn Corp. have a median target of 235.00, with a high estimate of 300.00 and a low estimate of 156.00. The median estimate represents a +16.05% increase from the last price of 202.50.