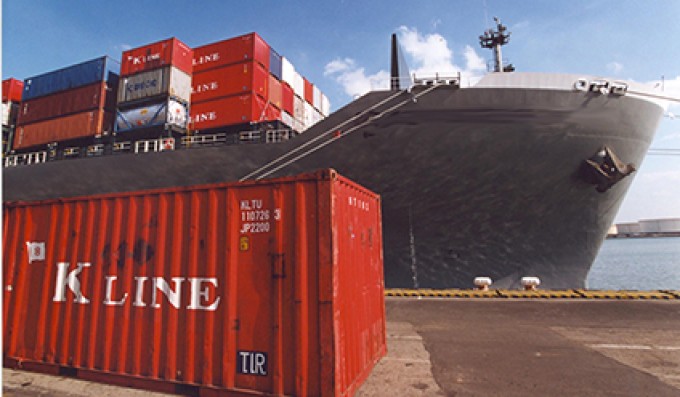 Thursday was not that successful for Japan stocks as there was a significant decline in sectors like Paper & Pulp, Railway & Bus and Real Estate. The Nikkei 225 dropped 0.45% on Thursday, with falling stocks outnumbering those that gained.

Despite the decline in Japanese shares, one of the best performers in the trading session was Kawasaki Kisen Kaisha, also known as “K” LINE. The shares in the Japanese company surged 4.34% or 47.8 points, trading at 1129.0 on Thursday. The coronavirus pandemic harmed the business of many shipping companies, putting their transportation activities on pause. This being said, as some countries started lifting bans, the market conditions began to improve.

The Kawasaki Kisen Kaisha stock has been in a long-term decline since February 26. The company’s value dropped 22.1% during that period and the stock has a 22.8% gap-down from its 200-day moving average line.

At the end of May, “K” LINE announced that it will join the International Windship Association (IWSA), which is promoting the use of wind propulsion in commercial shipping. The company’s decision to join the IWSA, shows that “K” LINE is willing to change the way its business operates. A new, more environmentally friendly way of conducting shipping services will be a smart move, especially as oil prices bounce back.

Despite the fact that “K” LINE was among the best performers in Thursday trading, the declining stocks were outnumbering the gainers by 1814 to 160. There were also 225 Japan stocks that remained unchanged.

According to Investing.com, a 12-month price target forecast for Kawasaki Kisen Kaisha shows that analysts have an average price target of 912.9, with a high estimate of 1,370.0 and a low estimate of 500.0. The company has a potential downside of 19.14% from its current price.

The same media also provides the recommendations of 9 investment analysts who have a consensus rating of “Underperform” for Kawasaki Kisen Kaisha. Out of the 9 analysts, 6 ranked the stock as “Sell” and 3 as “Neutral”.