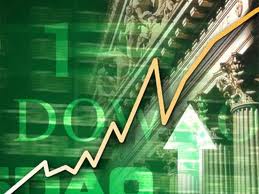 As the Fed is buying $85 billion of assets a month, it could implement a monetary policy for buying government securities, increasing money supply for the goal of making market more liquid. That strategy is called quantitative easing. Negative effect of the policy could be depreciation of currency or increased inflation.

Stocks fell from their highs as Federal Reserve officials proposed monetary stimulus tools to be postponed for later this year. Tame inflation and unconvincing reports have led analyst to think that Fed would probably continue stimulating economy by purchasing Treasury and mortgage debt adding to $85 billion a month.

The four days high roll of S&P 500 Index was put to an end as the index recorded 0.5% loss. Nasdaq fell 0.2% and Dow Jones finished at 0.28% lower. Adding up to that, Consumer Price Index (CPI) was 0.1 also missing predictions. Federal Reserve Bank of Philadelphia reported unexpected manufacturing index fell of -5.2 in May from 1.2 in April which throws concerns for the industrys recent form. Exactly those results led most of the analysts think Fed would keep on stimulating the economy compensating for lower than estimates indicators.Jobless claims just like Housing starts show similar results with the rest of negative indicators painting a picture of current economic conditions. “The US economy is still struggling with lackluster growth and the recovery is far from self-sustaining so equity markets are looking for guidance from central banks for their liquidity high” Chad Morganlander, New Jersey based fund manager said for Bloomberg.

Walmart, the worlds largest retailer dropped by 1.7% after reporting quarterly earnings that fail to meet forecasts pulling down the Dow Jones Industrial Average.

Cisco and Tesla are jumping to their record highs this year recording respectively 13% and 8.7% raise in share price. Kohl also climbed by 4.7%.

JP Morgan forecasts S&P 500 Index to reach a price of $1715 till the end of the year. The estimate is mostly optimistic beating other Wall street strategists in positivism.