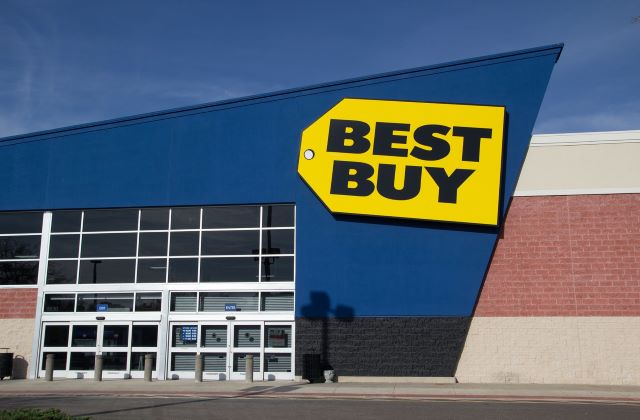 Following Best Buy’s report about results for the first quarter of the fiscal 2020, the company’s shares dropped 2% in premarket trading Thursday. Despite the 155% increase in online sales in the U.S., consumer electronics sales plummeted by more than 15%.

At the beginning of the pandemic, Best Buy experienced a jump in sales since numerous buyers started to prepare for the quarantine. Setting up home offices and rooms for online Zoom classes, however, was not enough to bring Best Buy an increase in earnings.

The company shared that there was an uptick in shopping computing and gaming products. However, this was not enough to compensate for the decline in other sectors such as mobile devices, home theatre and digital photography.

The sales were further affected by the pandemic restrictions that forced Best Buy to close its stores for customers. Instead, the company adopted a curbside model of operating while all in-home installations and maintenance were also temporarily held off.

Best Buy stated that its net income for the first quarter of the fiscal 2020 dropped to $159 million, compared to $265 million for the previous year. The adjusted earnings of 67 cents per share exceeded analysts’ expectations for 44 cents per share.

At the end of the first quarter, Best Buy’s revenue dropped to $8.56 billion from $9.14 billion during the same period of the previous fiscal year.

While Best Buy mainly relied on online purchases, during the first quarter, the company’s same-store sales fell 5.3%. Customers can now head back to some of Best Buy’s stores as they began to reopen. It should be noted, however, that in-store shopping is available only after an appointment.

The same media also offers the recommendations of 28 investor analysts. Among them, 15 rated the Best Buy Co Inc. stock as “Hold” and 10 as “Buy”. About 2 analysts gave the stock an “Underperform” ranking and 1 rated it as “Sell”.