Skip to content
Home  »  Stock News   »   General Motors shares fall the most in a month on Thursday, auto maker reports a 2.7% drop in US total vehicle sales in Q4 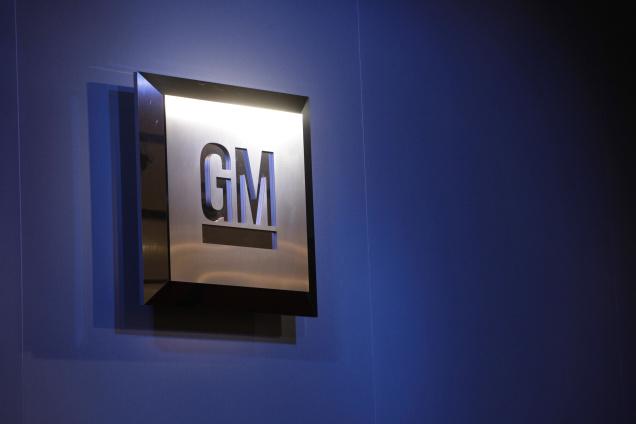 General Motors Companys US new vehicle sales, reported on Thursday, shrank 2.7% to 785 229 units during the fourth quarter, as declines were registered in its Chevrolet, Cadillac and Buick brands.

General Motors shares closed lower for the sixth time in the past eleven trading sessions in New York on Thursday. It has also been the steepest daily loss since December 4th. The stock went down 4.13% ($1.39) to $32.25, after touching an intraday low at $32.20, or a price level not seen since December 26th ($31.46).

GMs sales of all utility vehicles, including large SUVs, increased 7% to a total of 1 295 700 units in 2018 from a year ago. Chevrolet Colorado registered its best year ever, as sales soared 19% year-on-year to 134 842 pickups. Sales of Chevrolet Tahoe rose 5% during the past year, while sales of Chevrolet Suburban – 7%.

At the same time, combined sales of Chevrolet Silverado and Chevrolet Colorado as well as GMC Sierra and GMC Canyon were up 3% to 973 463 pickups in 2018 from a year earlier.

“We are very bullish on pickups heading into 2019,” Kurt McNeil, US vice president, Sales Operations, said in a statement.

“The light-duty launch has been one of the best in our history, with a very smooth production ramp-up of the new models and a faster than expected sell-down of the old models. We are following that up with all-new HD trucks, and the first-ever Chevrolet Silverado medium-duty chassis cab trucks for commercial customers,” he added.

“We feel confident heading into 2019 because we have more major truck and crossover launches coming during the year and the U.S. economy is strong,” McNeil said.

General Motors now projects industrywide new vehicle sales in the United States to reach 17.3 million units for the entire 2018, up slightly compared to 2017.

According to CNN Money, the 23 analysts, offering 12-month forecasts regarding General Motors Companys stock price, have a median target of $44.00, with a high estimate of $60.00 and a low estimate of $33.00. The median estimate represents a 36.43% upside compared to the closing price of $32.25 on January 3rd.

The same media also reported that 12 out of 24 surveyed investment analysts had rated General Motors Company’s stock as “Buy”, while 9 – as “Hold”. On the other hand, 1 analyst had recommended selling the stock.