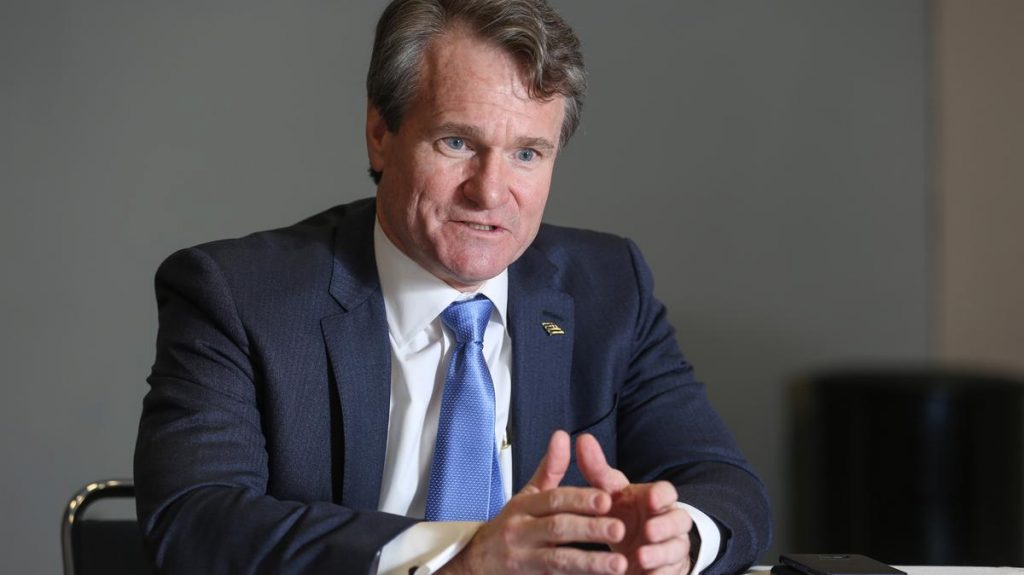 According to a statement by Bank of America Corporation (BAC) on Friday, CEO Brian Moynihan’s incentive compensation for the past year has been approved by the board. The CEO’s compensation is comprised of a base salary, time-based restricted stock units and performance-based restricted stock units, paid only if the group accomplishes particular financial objectives.

In the week ended on February 11th the shares of the financial holding company lost 5.07% of their market value compared to a week ago, which marked a second consecutive period of decrease. It has also been the worst performance since the week ended on March 26th 2017.

The stock has pared its loss to 5.22% so far during the current month, following an 8.40% surge in January. The latter has been a fifth straight month of gains.

Brian Moynihan received a higher equity incentive award in 2017 – $21.5 million in comparison with $18.5 million in the preceding year.

On the other hand, the CEO received no cash bonus last year, Bank of America said.

The same media also reported that 17 out of 32 surveyed investment analysts had rated Bank of America’s stock as “Buy”, while 9 – as “Hold”. On the other hand, 1 analyst had recommended selling the stock.

With the help of the Camarilla calculation method, todays levels of importance for the Bank of America stock are presented as follows: