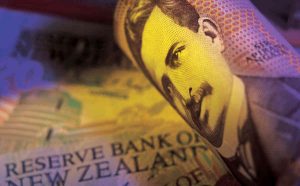 On Monday (August 15th) NZD/USD trading may be influenced by the following macroeconomic reports as listed below.

The New York Empire State Manufacturing Index probably increased to a reading of 2.00 in August, according to the median forecast by experts, from 0.55 in the prior month. If so, this would be the third straight month, when the gauge inhabited positive territory.

In July, the gauges for new orders (-1.82 down from 10.9 in the preceding month) and shipments (0.7 down from 9.32 in the prior month) dropped, the sub-index for inventories stood into negative territory (-8.8, up from -15.31 in June), while the sub-index for labor market conditions fell below the key 0.00 level, reaching -4.4. Respondents in the survey were less optimistic in regard to the six-month outlook, while their capital spending plans remained without change.

Index readings above 0.00 are indicative of improving business conditions in the region. Higher-than-anticipated index values will usually have a moderate bullish effect on the US dollar. The Federal Reserve Bank of New York is expected to release the official reading at 12:30 GMT.

The National Association of Home Builders (NAHB) Housing Market Index probably advanced to a reading of 60.0 in August, according to market expectations, from 59.0 in July. If so, August would be the 26th consecutive month, when the gauge stood in the area above 50.0. In July, the sub-index of sales expectations dropped to a level of 66.0 from 69.0 in the prior month, the gauge of buyer traffic slipped to 45.0 from 46.0 in June, while the gauge of current sales conditions ticked down to 63.0 from 64.0 in June.

The indicator is based on a monthly survey in regard to current home sales and expected sales in the coming six months. Values above the key level of 50.0 indicate that housing market conditions are good. Therefore, higher-than-projected readings would provide a moderate support to the US dollar. The official report is scheduled for release at 14:00 GMT.

Taking into account the business week ended on August 12th and the daily closing levels of the currency pairs involved, we come to the following conclusions in regard to the strength of relationship:

1. During the examined period NZD/USD moved strongly in one and the same direction with AUD/USD, while moving strongly in the opposite direction compared to GBP/USD and USD/JPY.

By employing the Camarilla calculation method, the Monday levels of importance for NZD/USD are presented as follows:

By using the traditional method of calculation, the weekly levels of importance for NZD/USD are presented as follows:

In monthly terms, for NZD/USD we have the following pivots: