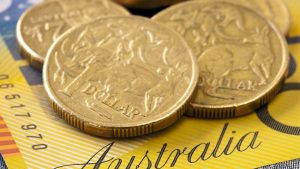 On Monday (May 30th) AUD/USD trading may be influenced by the following macroeconomic report as listed below.

At 1:00 GMT on Monday the Australian Housing Industry Association (HIA) is expected to report on new home sales in the country regarding April. In March sales climbed 8.9% from a month ago to reach 7 986 units. It has been the sharpest monthly increase since January 2010. Sales of detached homes went up 7.0% in March from a month ago, while sales in the multi-unit segment rose 16.3%.

May 30th is the Memorial Day federal holiday, wherein the men and women, who lost their lives while serving in the United States Armed Forces are remembered. The holiday, celebrated every year on the final Monday of May, was previously known as Decoration Day and originated after the American Civil War in order to commemorate the Union and Confederate soldiers killed in the Civil War. Banks in the country are to remain closed.

Taking into account the business week ended on May 27th and the daily closing levels of the currency pairs involved, we come to the following conclusions in regard to the strength of relationship:

2. AUD/USD moved strongly one and the same direction with NZD/USD during the week, while moving strongly in the opposite direction compared to USD/JPY.

3. AUD/USD moved almost independently compared to USD/CAD during the period in question.

By employing the traditional calculation method, the Monday pivot levels for AUD/USD are presented as follows:

By using the traditional method of calculation again, the weekly pivot levels for AUD/USD are presented as follows: