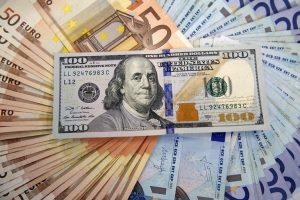 On Tuesday EUR/USD trading may be influenced by the following macroeconomic reports listed below.

The gauge of economic sentiment in Germany probably fell to a reading of 9.0 in January, according to the median forecast by experts, from 16.1 in December. The latter has been the highest reading since August 2015, when the gauge was reported at 25.0.

The ZEW (Zentrum für Europäische Wirtschaftsforschung) economic expectations index is reported on a monthly basis. The study encompasses up to 350 financial and economic analysts. The indicator reflects the difference between the share of analysts, that are optimistic and those, that are pessimistic about the expected economic development in Germany over the next six months. A positive value indicates that the proportion of optimists is larger than that of pessimists. A ZEW reading of -100 suggests that all analysts are pessimistic about the current developments and expect economic conditions to deteriorate. A ZEW reading of 100 implies that all analysts are optimistic about the current situation and expect conditions to improve. A ZEW reading of 0 indicates neutrality.

The index of current assessment in Germany probably slowed down to 54.0 in January, according to market expectations, from a reading of 55.0 registered in December. If expectations were met, Januarys reading would be the lowest since February 2015, when a level of 45.5 was reported.

The ZEW Economic Sentiment index for the whole Euro region probably dropped to a reading of 27.9 in January, according to market expectations, from 33.9 in the preceding month. The latter has been the highest index level since August 2015, when the gauge stood at 47.6.

In case the German gauge of economic sentiment decreased at a sharper pace than expected, this would have a strong bearish effect on the common currency. The official readings are scheduled to be released at 10:00 GMT.

In case the HICP exceeded expectations, thus, further approached the 2% inflation objective set by the ECB, this would support demand for the euro, because it would imply that monetary policy measures have begun to work in favor of economic activity.

The final annualized Core HICP for December probably rose 0.9%, accelerating from a preliminary 0.8% surge, which was reported on January 5th. In November the final Core HICP increased at an annual rate of 0.9%, matching the preliminary rate. This index excludes volatile categories such as food, energy, alcohol and tobacco. Eurostat is scheduled to release the final inflation report at 10:00 GMT.

The National Association of Home Builders (NAHB) Housing Market Index probably remained at 61.0 for the second consecutive month in January, according to market expectations. If so, this would be the 19th consecutive month, when the gauge stood in the area above 50.0. In November the index was reported at 62.0. The indicator is based on a monthly survey in regard to current home sales and expected sales in the coming six months. Values above the key level of 50.0 indicate that housing market conditions are good. Therefore, higher-than-projected readings would provide a moderate support to the US dollar. The official report is scheduled for release at 15:00 GMT.

The yield on German 2-year government bonds went as high as -0.385% on January 18th, after which it closed at -0.394% to lose 0.002 percentage point in comparison with January 15th. It has been the 16th drop in the past 24 trading days and also a fourth consecutive one.

The yield on US 2-year government bonds climbed as high as 0.854% on January 18th, after which it closed at 0.849% to lose 0.001 percentage point compared to January 15th. It has been the 16th drop in the past 24 trading days and also a fifth consecutive one.

The spread between 2-year US and 2-year German bond yields, which reflects the flow of funds in a short term, widened to 1.243% on January 18th from 1.242% on January 15th. The January 18th yield spread has been the largest one since January 14th, when the difference was 1.282%.

Meanwhile, the yield on German 10-year government bonds soared as high as 0.497% on January 18th, after which it slid to 0.469% at the close to lose 0.004 percentage point compared to January 15th. It has been the 13th drop in the past 24 trading days and also a fifth consecutive one.