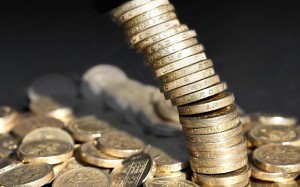 Yesterday’s trade saw GBP/USD within the range of 1.5106-1.5180. The pair closed at 1.5129, unchanged on a daily basis and following nine consecutive trading days of losses. The daily low came close to Wednesdays low, while the latter has been the lowest level since May 5th.

Activity in United Kingdom’s sector of construction probably increased a second consecutive month in September, with the corresponding Purchasing Managers Index coming in at 57.5, up from a reading of 57.3 in August. If so, September would be the 29th consecutive month, when the gauge inhabited the area above 50.0. The index is based on a survey, encompassing managers of companies, operating in construction sector. They are asked about their estimate regarding current business conditions (new orders, output, employment, demand in the future). Values above the key level of 50.0 signify that activity in the sector has expanded. In case the PMI increased more than anticipated in September, this would have a moderate bullish effect on the sterling. The Chartered Institute of Purchasing and Supply (CIPS) is to release the official index reading at 8:30 GMT.

Employers in all sectors of economy in the United States, excluding the farming industry, probably added 203 000 new jobs in September, according to the median forecast by experts, after a job gain of 173 000 in August. The latter has been the lowest figure since March 2015, when 126 000 new jobs were added.

Employment in health care and social assistance increased by 56 000 jobs in August, while financial activities sector added 19 000 jobs. Employment in professional and business services continued to trend up, adding 33 000 jobs in August, as well as the food services and drinking places segment, where 26 000 positions were added. On the other hand, manufacturing employment shrank by 17 000 in August, while mining employment dropped by 9 000, according to the report by the Bureau of Labor Statistics (BLS).

The non-farm payrolls report presents the total number of US employees in any business, excluding the following four groups: farm employees, general government employees, employees of non-profit organizations, private household employees. The reading, released most often, varies between 10 000 and as much as 250 000 – 300 000 at times when economy is performing well. Despite the volatility and the possibility of large revisions, the non-farm payrolls indicator presents the most timely and comprehensive reflection of the current economic state. Total non-farm payrolls account for 80% of the workers, who produce the entire Gross Domestic Product of the United States. In case of a larger-than-expected gain in jobs, the US dollar would certainly be boosted.

Average Hourly Earnings probably increased for a third consecutive month in September, going up 0.2%. In August earnings rose 0.3%, or at the fastest monthly rate since May, when they grew 0.3%.

The rate of unemployment in the country probably remained steady at 5.1% in September, according to expectations. It has been the lowest level since April 2008, when a rate of 5.0% was reported.

In case the unemployment rate met expectations or even decreased further, this would have a bullish effect on the greenback, because of the positive implications for consumer spending. The Bureau of Labor Statistics will release the official employment data at 12:30 GMT.

The yield on UK 2-year government bonds went as high as 0.613% on October 1st, after which it slid to 0.598% at the close to add 3 basis points (0.03 percentage point) compared to September 30th. It has been the first gain in the past four trading days.

The yield on US 2-year government bonds climbed as high as 0.657% on October 1st, after which it closed at the exact same level to add 2.8 basis points (0.028 percentage point) compared to September 30th. It has been the first gain in the past four trading days.

The spread between 2-year US and 2-year UK bond yields, which reflects the flow of funds in a short term, shrank to 0.059% on October 1st from 0.061% on September 30th. The October 1st yield spread has been the lowest one since September 3rd, when the difference was 0.032%.

Meanwhile, the yield on UK 10-year government bonds soared as high as 1.790% on October 1st, after which it slid to 1.755% at the close to lose 1 basis point (0.01 percentage point) compared to September 30th. It has been the third drop in the past four trading days.

The yield on US 10-year government bonds climbed as high as 2.072% on October 1st, after which it slipped to 2.047% at the close to add 1.2 basis points (0.012 percentage point) compared to September 30th. It has been the first gain in the past four trading days.