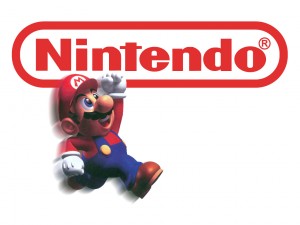 Mr. Kimishima, 65, who is currently in charge of human resources and accounting, will take over on Wednesday at a difficult time of transition for the company as it embarks on its first push into mobile gaming. Nintendos market presence has shrunk in recent years, undermined by competitive consoles and the rapid expansion of free-to-play mobile games, a trend which the late Mr. Iwata was reluctant to join.

However, shares of the Japanese company have risen by more than 80% this year after Mr. Iwata, in his last major decision as president, said in March that Nintendo will team up with Japanese online gaming firm DeNA Co Ltd to bring its iconic characters to mobile devices.

Since the death of Mr. Iwata in July, the company has been led by Shigeru Miyamoto, the creator of the Mario and Zelda series, and Genyo Takeda, the architect of the Wii console, who most analysts had expected to replace Mr. Iwata. However, the company decided to tap the lesser-known Mr. Kimishima, who, with his track record of running key operations overseas and his background in finance, is seen as providing balance to the management team.

Mr. Kimishima was a banker for more than 25 years at Sanwa Bank and joined Nintendo in December 2000 as representative director of Pokémon Co. From 2006 to 2013, he led Nintendos North American operations and assumed his current post of managing director based at the head office in Kyoto in June 2013.

Meanwhile, Mr. Takeda and Mr. Miyamoto will remain Nintendos other two representative directors, taking the role of technology and creative fellows, respectively. Nintendo said that the position of “fellow” is a new post similar to a consulting role in a specific area of expertise.

“It’s a collective approach to leadership, with Kimishima, Miyamoto and Takeda sharing the burden for managing Nintendo,” said Ace Research Institute analyst Hideki Yasuda, cited by Bloomberg. “Kimishima’s executive experience in the U.S. means he has an understanding of that very large market. He will be in charge of management, while Takeda and Miyamoto will be responsible for the gaming hardware and software businesses.”