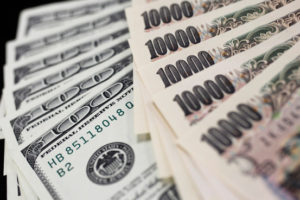 Personal spending in the United States probably rose for a third straight month in July, up 0.4%, according to market expectations, while personal income was probably up for a fourth consecutive month in July, increasing at a monthly rate of 0.4%. Spending rose 0.2% in June. Personal consumption expenditures (PCE) were up USD 25.9 billion, or 0.2%, in June.

Higher-than-expected rates of increase imply good employment conditions and, therefore, are dollar positive. The Bureau of Economic Analysis is to publish the official figures at 12:30 GMT.

The monthly survey by Thomson Reuters and the University of Michigan may show that consumer confidence in the United States lowered for a second consecutive month in August. The final reading of the corresponding index, which usually comes out two weeks after the preliminary data, probably came in at 93.0, up from a preliminary value of 92.9, reported on August 14th. In July the gauge of confidence came in at a final reading of 93.1, down from a preliminary value of 93.3. The survey encompasses about 500 respondents throughout the country. The index is comprised by two major components, a gauge of current conditions and a gauge of expectations. The current conditions index is based on the answers to two standard questions, while the index of expectations is based on three standard questions. All five questions have an equal weight in determining the value of the overall index.

In case the gauge of consumer sentiment showed a larger decrease than anticipated, this would have a moderate bearish effect on the US dollar. The final reading is due out at 14:00 GMT.

The spread between 2-year US and 2-year Japanese bond yields, which reflects the flow of funds in a short term, widened to 0.690% on August 27th from 0.672% during the prior day. The August 27th yield spread has been the most notable one since August 18th, when the difference was 0.715%.

By employing the Camarilla calculation method, the daily pivot levels for USD/JPY are presented as follows:

By using the traditional method of calculation, the weekly pivot levels for USD/JPY are presented as follows: