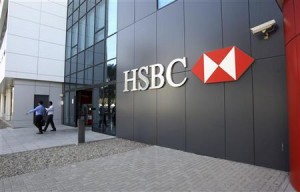 HSBC Holdings Plc announced on Tuesday it will axe as many as 50 000 jobs as part of a global overhaul as it seeks to lean its structure and boost its sluggish performance.

About half of the headcount reduction will come from selling the businesses in Brazil and Turkey, the lender said, while the rest will result from cost reductions.

The banks UK operations will absorb 7 000 – 8 000 of the job cuts, or one in six UK employees, and will come mainly from branch closures and cuts at the headquarters in London’s Canary Wharf. Roughly a quarter of the workforce reduction, around 12 000 – 13 000, will come through automation and consolidation, although the bank also said new positions will be added in growing businesses and at its compliance division.

The largest part of the cost savings will come from an overhaul of the lenders IT systems, while cutting its global branches by 12% would generate real estate savings of around $135 million, HSBC said.

The bank added it will reduce its risk-weighted assets by $290 billion by 2017, including a $140-billion reduction, or a third, in its global banking and markets division, which will then account for less than a third of HSBCs balance sheet, from 43% last year.

The planned cuts come as Chief Executive Officer Stuart Gulliver goes for a second attempt to refocus the lender and shrink and streamline its operations since his appointment at the position in 2011. Similar cost-cutting measures were announced four years ago but yielded disappointing results. HSBC recently lowered a key profitability target, pushing some major investors to call for the replacement of Chairman Douglas Flint, while others called for the bank to be split.

Mr. Gulliver had previously underscored the need for a radical overhaul of the lenders Brazilian, Turkish, Mexican and US units. HSBC confirmed on Tuesday the planned sale of its operations in Brazil and Turkey and added it would retain a presence in the South American country to offer services to large corporate clients.

At the same time, the lender is targeting growth in Asia by accelerating investments in its insurance operation, payments and cash management, and other businesses.

“The world is increasingly connected, with Asia expected to show high growth and become the centre of global trade over the next decade,” Mr. Gulliver said. “I am confident that our actions will allow us to capture expected future growth opportunities and deliver further value to shareholders.”

HSBC will also separate its British retail banking operation from any investment-banking activities by setting up a ring-fenced bank by 2019 to comply with regulations. The new bank, which will operate under a new brand, will account for two-thirds of UK revenues and will employ about 57%, or 26 000 people, of HSBCs UK workforce.