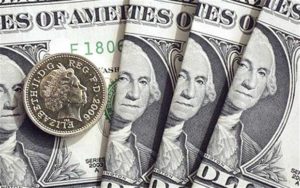 At 11:00 GMT Bank of England is to announce its decision on monetary policy. The benchmark interest rate (repo rate) will probably be left unchanged at the record low level of 0.50%. The rate has been at that level since the BoEs policy meeting on March 5th 2009. The repo rate applies to open market operations of the central bank with other banks, building societies, securities firms etc. Short-term interest rates are of utmost importance for the valuation of national currencies. Maintaining or reducing the repo rate usually leads to a sell-off in the national currency.

At the same time, the pace of BoE’s monetary stimulus will probably be left without change as well, at GBP 375 billion. The asset-purchasing programme, financed through the issuance of central bank reserves was started on March 5th 2009, while the scale of this programme was increased by GBP 50 billion to the current GBP 375 billion on July 5th 2012. The central bank issues new money in order to purchase gilts from private investors, such as pension funds and insurance companies. In case the scale of monetary stimulus is increased (in order to further spur economic growth), this will usually devalue the local currency.

“Although there had been some stabilisation in indicators of inflation expectations and most long-term measures were judged to be broadly consistent with the 2% target, there was still a risk of weak price pressures persisting for longer than would be consistent with bringing inflation back to target within two years,” minutes from the 8-9 April policy meeting showed. “Wages remained relatively weak, both in the United Kingdom and to a certain extent internationally, although it was unclear if the moderation in AWE growth in the three months to January would continue. A further pickup in wage inflation would be necessary for labour cost growth to be consistent with meeting the target in the medium term.”

“Inflation was likely to turn slightly negative briefly at some point in the coming months and to remain low for the rest of the year”, the minutes also showed. “The path of inflation thereafter would depend on the way in which wages and prices responded to developments in the real economy.”

The Federal Reserve will release its Labor Market Conditions Index for April at 14:00 GMT. Derived from 19 labor market measures, it gauges the strength of the jobs market and is heavily weighted to private payrolls and the unemployment rate. It also includes data on wages, hiring and dismissals, as well as the labor-force participation rate. The index is released on the first workday after the Labor Department publishes its monthly jobs report. The gauge registered a reading of -0.3% in March, following a downward-revised 2.0 in February. Values above the threshold of 0.0 indicate an improvement in labor market conditions, and vice versa.

According to Binary Tribune’s daily analysis, the pair’s central pivot point stands at 1.5408. In case it penetrates the first resistance level at 1.5573, it will encounter next resistance at 1.5691. If breached, upside movement may attempt to advance to 1.5856.