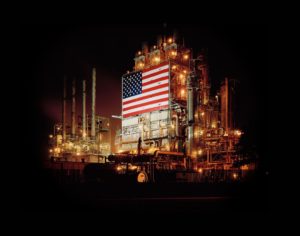 West Texas Intermediate and Brent crude fell on Monday as Saudi Arabia said it is pumping at a near-record level and that it would not unilaterally cut production to normalize the market. A further drop in the number of active US rigs seeking oil did little to support prices.

Saudi Arabian Oil Minister Ali al-Naimi said on Sunday that his country is producing almost 10 million barrels per day, adding that he was optimistic about the market. The kingdom is able to meet demand from any customer, al-Naimi said, and it would not reduce output to normalize the market unilaterally, calling for non-OPEC cooperation on any production cuts.

Investors have been eyeing OPEC, and particularly Saudi Arabias reaction to a slump in oil prices which began in June as a result of weaker global demand growth and the shale oil boom driving US output to the highest in more than three decades. The leading OPEC producer steered the group into retaining its 30-million-bpd production target at a November 27th meeting, denying any obligation to one-sidedly cut production and support the market so that all non-OPEC producers are benefited.

“We tried, we held meetings and we did not succeed because countries outside OPEC were insisting that OPEC carry the burden and we refuse that OPEC bears the responsibility,” Naimi said. He added that everybody is supposed to participate in a cut to improve prices, since 70% of global supply comes from non-OPEC members.

Limited support was drawn on Friday after Baker Hughes Inc. reported that US oil producers idled another 41 oil rigs last week, a fifteenth straight decline that brought their total count to 825, the lowest in over four years. However, the drop was smaller than those in the previous two weeks and the average 59 for February, showing signs of slowing down.

Although oil explorers have idled 750 sites since early-December, US crude output remains at a peak as the biggest shale wells continue to operate. Some analysts expect the idling of rigs to effectively curb US production in the second half of the year.

The Energy Information Administration reported on Wednesday that crude stockpiles surged by 9.622 million barrels to 458.5 million last week, the highest in at least 80 years, sharply exceeding a projected gain of 3.75 million barrels. Supplies at the Cushing, Oklahoma storage hub jumped to 54.4 million barrels from 51.5 a week earlier, the most on weekly data spanning back to April 2004.

US crude production increased by 53 000 barrels per day to 9.419 million bpd, the highest on weekly records tracked since January 1983.

Goldman Sachs predicted that US output will fall “slightly sequentially” in the second and third quarters of the year and growth may average 160 000 barrels per day by the fourth quarter.

According to Binary Tribune’s daily analysis, WTI May futures’ central pivot point is at $46.27. In case the contract breaches the first resistance level at $47.73, it may rise to $48.88. Should the second key resistance be broken, the US benchmark may attempt to advance $50.34.

If the contract manages to breach the first key support at $45.12, it might come to test $43.66. With this second key support broken, movement to the downside could continue to $42.51.

Meanwhile, May Brent’s central pivot point is projected at $54.85. The contract will see its first resistance level at $56.14. If breached, it may rise and test $56.97. In case the second key resistance is broken, the European crude benchmark may attempt to advance $58.26.

If Brent manages to penetrate the first key support at $54.02, it could continue down to test $52.73. With the second support broken, downside movement may extend to $51.90 per barrel.