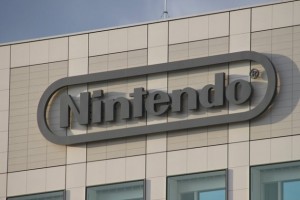 Nintendo Co announced on Tuesday it had teamed up with mobile game developer DeNA Co to bring its iconic characters like Super Mario, to the world of smartphones and tablets.

The Japanese game developer, best known for its home and handheld game consoles, brought a big surprise to the mobile world with the announcement that its entering the market via a partnership with DeNA, owner of one of the most popular mobile games platform in Japan.

The company said it had agreed to a capital alliance with DeNA, under which Nintendo would purchase a 10% stake in the mobile game developer for ¥22 billion, while DeNA would spent the same amount to purchase a 1.24% stake in Nintendo. The move would see Nintendo becoming the second biggest shareholder of DeNA.

Initially DeNA was focused on web-based games, but with the rise of smartphones and tablets the company reshifted its efforts towards mobile games, boosting its position through acquisitions. Its Mobage platform develops games for both iOS and Android and has around 30 million users.

Nintendo has been long reluctant to licensing its characters for mobile use, but President Satoru Iwata said DeNA first approached Nintendo back in 2010 and discussions were kept up ever since. However, negotiations became much more serious through the past year.

However, Mr. Iwata said that although Nintendo would start working on mobile games, the company would not stop development of its consoles. Additionally, he said Nintendo is preparing to launch a new console, dubbed NX.

Under the partnership the companies will develop new original games rather than import games designed for Wii U or other consoles. Nintendo is betting on quality over quantity and said it would not release a large amount of games.

Nintendo is turning to mobile games to drive revenue growth after it reported an annual loss in 2014 and reduced its sales forecast by 7% in the financial year ahead. Wii U has been lagging behind Microsofts Xbox One and Sony PlayStation 4 in recent years with no projection of things getting better.

“Needless to say, now that we are challenging ourselves in this new business area, we hope that hundreds of millions of people will use and enjoy these products,” said Mr. Iwata.