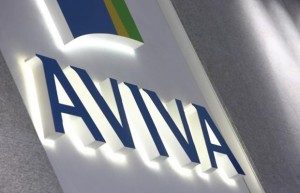 Aviva Plc reported higher full-year operating profit and boosted its dividend as the insurer saw better performance of its struggling businesses, but Chief Executive Mark Wilson warned that there is still long way to go.

Operating profit for the twelve months ended December came in at £2.17 billion, up 6% compared to the previous year as the second-largest insurer in the UK boosted its fourth-quarter dividend by 30% to bring a full-year payout of 18.1 pence versus 15 pence in 2013.

Additionally, the company said its nearing the targeted £800 million in excess cash flow by 2016 and reported a 65% increase to £692 million in the past year.

Aviva also stated better results from its operations in Spain, Ireland and Italy, with Italy being top performer in Europe, but Mr. Wilson said that “it would be wrong to assume that our turnaround is nearing completion as we have further to travel than the distance we have come.”

The company said it did not change the value, or the expected income from products sold now, of its core UK business during the past year, which remained at £473 million, despite changes to annuity market.

In 2014 the UK government announced that no one will have to buy an annuity starting this April, which has dented demand for one of the most profitable products for insurers. However, Mr. Wilson said that the era of annuities is far from over and projected an increase in sales once the Bank of England lifts interest rates, which have been kept at 0.5% since March 2009.

In December Aviva agreed to purchase rival Friends Life for £5.6 billion, marking the industrys largest deal in more than a century. The agreement, which is set to be voted on by Friends Lifes shareholders later this month, will create the biggest insurer in the UK.

However, Aviva has targeted £225 million in annual cost cuts associated with the integration process, which may reflect in more than 1 500 job losses.

“These results show tangible progress, with all key metrics moving in the right direction,” said Mr. Wilson. “We have entered 2015 in a position of strength.”

According to the Financial Times, the 15 analysts offering 12-month price targets for Aviva have a median target of GBX 605.00, with a high estimate of GBX 660.00 and a low estimate of GBX 475.00. The median estimate represents a 13.72% increase from the last closing price.