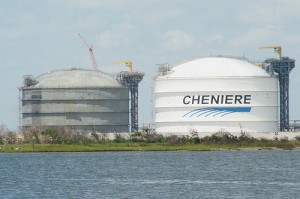 Cheniere Energy Inc., which is on the way to becoming the first company that exports liquefied natural gas produced over the shale boom in the U.S., is facing a record growth after regulatory proposal to make the projects approval procedure simpler. Currently, Cheniere is the only company, whose liquefied natural gas project has been approved by the U.S. Department of Energy and the U.S. Federal Energy Regulatory Commission.

The U.S. Department of Energy published a blog post with proposals related to liquefied natural gas projects. According to the blog post of the Department it considers giving priority and going through faster approval procedures for the projects that have the best chances of being finalized.

Recently Cheniere Energy Inc. has also set a goal to start exporting the first large amounts of natural gas in 2015. That is one of the reasons why its stockholders have been asked for giving their approval of issuing 30 million shares that would be used to pay companys employees in the next half a decade.

The stock would be estimated to 1.9 billion dollars, which however, is a larger sum than the total revenue generated by the company since 2008. The company hasnt posted an annual profit since it has been founded 18 years ago. Currently, Cheniere Energy Ltds market capitalisation amounts to 14 billion dollars.

One of the shareholders who protested to the pay plan of the company, commented on the situation, cited by the Wall Street Journal: “The management team has done a phenomenal job. The current proposal is beyond what is reasonable.”