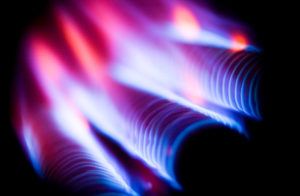 Natural gas rose on Friday but recorded a hefty weekly decline as weather agencies predicted a broad warm-up across the US in the second week of March, reinforcing bearish sentiment after last weeks smaller-than-projected withdrawal in US natural gas stockpiles.

The Energy Information Administration reported on Thursday that US natural gas stockpiles fell by 219 billion cubic feet in the seven days through February 20th, compared to the five-year average drop of 131 bcf, turning surpluses back into deficits. However, analysts had projected a larger decline of around 240 bcf. Stockpiles slid by 117 bcf during the comparable period a year earlier.

Total gas held in US storage amounted to 1.938 trillion cubic feet as of last week, 1.5% below the five-year average inventory level of 1.968 trillion, compared to a 2.8% surplus a week earlier. The surplus over the year-ago stockpiles of 1.362 trillion cubic feet narrowed to 42.3% from 45.8% the previous week.

Next week’s EIA report is also expected to show a draw well above the average of -115 bcf as the previous weekend and this past week’s cold blasts across the majority of the US are taken into account. EIA data will likely show a decline of 220+ bcf on March 5th, expanding deficits to 100 – 150 bcf.

NatGasWeather.com reported on Friday that natural gas demand in the US through March 5th will ease from very high to high, compared to normal, with a neutral weather trend for the West over the following seven days, while the central and eastern US remain cool. However, a warm-up is projected around March 9th.

“The weather data continues to gain traction with milder weather patterns spreading across the central, southern, and eastern US after another strong cold blast plays out through the end of next week,” NatGasWeather.com said in a Friday mid-day update. “Until then, periods of rain and snow will set up across many regions of the US through Monday morning as a stalled frontal boundary and increasing moisture bring a wide swath of snow accumulations of at least a couple inches from northern Texas, through the Ohio Valley, and into the Northeast.”

A strong cold blast will hit the central and eastern US on Wednesday, likely one of the last such outbreaks, driving very strong heating demand and leading to another larger-than-average inventory decline for the March 12th report. The five-year average inventory decline for the week ending March 6th is 116 bcf, while stockpiles fell by 189 bcf during the comparable period a year earlier.

However, a following warm-up starting as of March 7th will leave only the northern US with temperatures below the seasonal, ending a streak of much larger-than-usual inventory draws and setting up bearish weather headwinds.

According to AccuWeather.com, readings in New York tomorrow will range between 20 and 42 degrees Fahrenheit, compared to the average 32-45, and will shift between 18 and 32 degrees on March 5th. Highs are expected to establish near the seasonal starting March 9th. Temperatures in Chicago will range between 2 and 18 degrees on March 4th, compared to the seasonal 27-42, before rising to 25-39 degrees three days later and reaching the above-usual 55-57 on March 11-13th.

Down South, highs in Houston will reach 67 degrees tomorrow, 2 below normal, and will ease to 48 degrees three days later, before recovering to near-seasonal as of March 10th. On the West Coast, Los Angeles will range between 48 and 61 degrees tomorrow, compared to the average 50-69, with warmer-than-usual weather forecast to set in as of March 5th.

According to Binary Tribune’s daily analysis, April natural gas futures’ central pivot point stands at $2.721. In case the contract penetrates the first resistance level at $2.758 per million British thermal units, it will encounter next resistance $2.782. If breached, upside movement may attempt to advance to $2.819 per mBtu.

If the energy source drops below its first support level at $2.697 per mBtu, it will next see support at $2.660. If the second key support zone is breached, the power-station fuel’s downward movement may extend to $2.636 per mBtu.