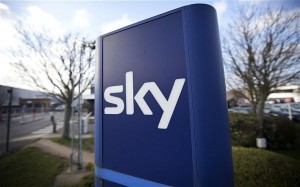 Sky Plc reported on Wednesday an increase in earnings as the European pay-television operator benefited from a record customer growth in its UK and Irish operations.

Rupert Murdoch-controlled Sky said adjusted revenue climbed to £5.6 billion during the six months ended December 31 from £5.3 billion a year ago.

Net profit stood at £1.09 billion for the reported period versus a result of £411 million in the first half of 2013. Adjusted operating profit jumped 16% to £675 million.

The London-based company said it added 204 000 new customers in the UK and Ireland, its highest growth in nine years. Sky also reported record growth in Germany and Austria, where new users were 214 000. Italian operations also marked their highest level of customer growth in 12 quarters, despite a “challenging economic environment”.

As of December 31 the company stated total customer base of 24.84 million people.

Wednesdays performance figures are the first Sky has released since it acquired its sister pay-television providers in Germany and Italy in November form Mr. Murdoch 21st Century Fox.

In a deal valued at around $9.09 billion, mostly in cash, Sky managed to expand its reach to five markets, also including Austria. Sky said it added 1.5 billion paid-for subscription products in the second quarter, up 25% from to last year.

The companys churn, industry term used to describe the rate by which customers drop the companys services, experienced a “significant group-wide reduction”, including a quarterly annualized rate at 9.2% in the UK and Ireland.

Sky manage to report an improvement from the 10.8% the company reported for the region a year ago, despite it is facing severe competition from rivals, including BT Group.

BT has been trying to steal customers from Skys lucrative pay-television business, as it had launched several sports channels, including free access to soccer and rugby games. BT announced earlier this week it has added 119 000 retail broadband customers in the recent quarter.

The two companies, alongside Discovery Communications, are currently involved in a auction for three seasons of live Premier League soccer rights. The companies have until February 6 to submit their offers. In 2012 BT and Sky spent a record of £3 billion on the auction, 71% up compared to the previous sale.

On Tuesday, Sky purchased the exclusive live rights to the Open, a major golf championship, for an undisclosed amount, believed to be around at least £75 million.

“We have delivered an excellent operational and financial performance in our first set of results as the new Sky,” Chief Executive Jeremy Darroch said in a statement. “We have world-class capability within the expanded business and a strong set of plans that mean we are well placed to deliver growth and returns for shareholders.”

According to the Financial Times, the 25 analysts offering 12-month price targets for Sky have a median target of GBX 965.00, with a high estimate of GBX 1 200 and a low estimate of GBX 610.00. The median estimate represents a 2.33% increase from the last closing price.