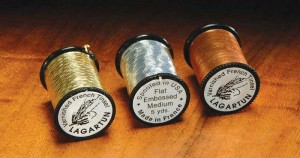 Gold rose on Wednesday amid signs that a two-day decline induced stronger physical buying in China, but gains were capped as Greece decided not to ask creditors for a debt write-down, relieving pressure on equities and denting safe-haven bids. Copper fell as the latest in a series of downbeat data from top consumer China spurred speculations for lower demand.

The precious metal drew support as lower prices spurred physical buying in China ahead of the Lunar New Year holiday, which the Asian country celebrates on February 19-20. Volumes for the Shanghai Gold Exchange’s benchmark spot contract surged to the highest in seven weeks.

However, gains were limited as Greeces government abandoned its campaign promise to reduce the country’s financial obligations by asking fellow European countries to write down its debt, reviving risk appetite.

Instead, Greece proposed to swap its old debt with new bonds that would be repaid as the country’s economy expands. The move calmed investors over concerns that Greece will be the first country to leave the 19-member zone, while also boosting interest in riskier assets.

Additionally, oil prices rebounded and scored a 19% increase during the four days to Tuesday and even though crude fell on Wednesday, it also helped dent safe-heaven demand for the precious metal.

“Appetite for risk now appears higher and that is spurring some rotation of funds away from the safe havens in the yen and gold to riskier assets such as equities and the euro,” Phillip Futures investment analyst Howie Lee said in a note, cited by CNBC. “Barring any downside black swan events, it is now increasingly unlikely that we could see gold racing for $1,300 again in the near future,” Mr. Lee projected.

Since reaching a five-month high late last month, gold has steadily pared its year-to-date advance to 7%.

Assets in the SPDR Gold Trust, the biggest bullion-backed ETF, fell 1.79 tons on Tuesday to 764.94 tons, drifting away from their highest since October of 766.73 tons. Changes in holdings typically move gold prices in the same direction.

Meanwhile, investors will be waiting for the Labor Department’s jobs report release on Friday. According to analysts polled by Reuters the data will show that US employers added 230 000 new jobs in January, which is below the figure from December but still overall strong. Unemployment rate is expected to have remained at a multi-year low of 5.6%.

A robust report may weigh in favor of a sooner US interest rate increase by the Federal Reserve, but speculations around a possible delay are mounting up as low oil prices have kept inflation in the country below the Fed’s targeted level of 2%.

The US dollar index for settlement in March was up 0.25% at 93.960 at 10:10 GMT, holding in a daily range of 94.065-93.770. The US currency gauge fell 1.07% on Tuesday to 93.724. A stronger greenback makes dollar-denominated commodities more expensive for holders of foreign currencies and curbs their appeal as an alternative investment, and vice versa.

Private data showed that activity at Chinese service providers grew at a slower rate than expected, with the corresponding HSBC Services PMI sliding to 51.8 from 53.4 in December, underperforming expectations for a drop to 52.8. New order growth slowed, further easing from November’s 2-1/2-year peak. However, a subsequent upturn in client demand allowed companies to continue to add to their headcount.

The HSBC Composite Output Index fell to 51.0 from 51.4 in December, largely driven by the weaker growth in services sector activity.

Hongbin Qu, Chief Economist, China & Co-Head of Asian Economic Research at HSBC, commented on the report: “The Chinese services sector continued to expand in January,
albeit at a slower pace while both input and output price inflation eased. Given continued contraction of the manufacturing sector, we believe more easing measures are warranted to support growth in the coming months.”

China’s National Bureau of Statistics reported during the weekend that the nation’s manufacturing sector contracted last month for the first time since September 2012 as the manufacturing PMI slid to 49.8 from 50.1 in December. HSBC data showed a second consecutive decline in manufacturing activity.

Adding to demand worries, personal spending in the US declined in December by the most in more than five years, despite a jump in income, while the Institute for Supply Management reported that manufacturing activity in the US grew at the slowest pace in 11 months in January.