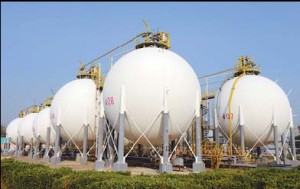 Natural gas jumped to session high after the Energy Information Administration reported a US storage withdrawal slightly above analysts forecasts. However, gains were capped by extended weather forecasts calling for warmer weather across most of the US.

The Energy Information Administration reported that US natural gas inventories slid by 131 billion cubic feet (bcf) during the week ended January 8th, compared to analysts projections for a drop of 121 bcf. However, this was still below the five-year average draw of 145 billion cubic feet.

Total gas held in US storage hubs amounted to 3.089 trillion cubic feet, narrowing the deficit to the five-year average of 3.156 trillion to 2.1% from 2.5% during the previous week. Stockpiles stood at 2.839 trillion cubic feet a year ago, 8.8% below current levels.

Inventories in the East Region fell by 65 billion cubic feet to 1.595 trillion and were 2.2% below the five-year average, while the West Region saw a net withdrawal of 33 bcf to 428 bcf, bringing supplies to 1.6% beneath average levels. Stockpiles in the Producing Region also slid by 33 bcf and amounted to 1.066 trillion, registering a deficit of 2.2% to the five-year average.

Gains, however, were limited by expectations for temperatures across the majority of the US to moderate later in January, scaling down heating demand.

According to NatGasWeather.com, US natural gas demand will be very high compared to normal through January 14th, but will become moderate-to-high, with a slightly warmer trend for the following seven days.

Very cold temperatures are expected to persist over the central and eastern US through Saturday morning, with lows reaching single digits and well below the zero mark. The freezing temperatures will be primarily focused over the Midwest and Northeast. Colder-than-usual readings are also projected to cover Texas and the Southeast, where readings will hit single digits and teens.

Meanwhile, the western US will remain quite mild going into next week as high pressure dominates the region, NatGasWeather.com reported.

Milder southern US air will start its movement northward late this weekend, allowing temperatures to reach normal or near normal levels, while also pushing the Arctic air back to Canada early next week. Later in the week, parts of the central and eastern US are projected to experience periods of rain and snow brought by a fast moving weather system, followed by a strong cold blast.

The colder conditions will not last long however, NatGasWeather.com said, as Pacific weather systems are expected to continuously flow into the Midwest and Northeast and ensure overall milder conditions after January 17th. The rest of the country is projected to enjoy near-seasonal or slightly warmer weather as well.