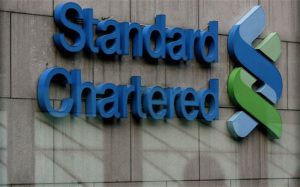 Standard Chartered PLC agreed to sell its consumer finance units in Hong Kong and Shenzhen in line with the UK-based lenders plan to dispose of non-core businesses.

The consortium which is buying Standard Chartereds PrimeCredit, includes the US hedge fund York Capital Management, the non-bank lender Pepper Australia Pty and it is led by China Travel Financial Holdings.

Standard Chartered said earlier this year it is looking for a potential buyer for the two PrimeCredit units. Back then the company said it would agree to sell those units for around $700 million.

However, when the announcement of the sale was released, the exact value of the deal was not disclosed, but it is believed that the price was in line with what Standard Chartered was previously asking for.

Standard Chartered is sticking with its plan to dispose of non-core businesses and although profitable, PrimeCredit is not one of them. The lender primarily bets on traditional banking services in the region, while PrimeCredit focuses on fast, high-interest credits of up to $6 450.

After the deal closes, the consortium will sell a portfolio of PrimeCredit’s residential mortgages with a book value of around HK$5.9 billion to the Bank of East Asia.

All the members of the buying consortium already have a presence in financial services. China Travel Financial Holdings is expanding its services in an attempt to cross-sell products to existing customers of its owner China Travel.

While Sydney-based Pepper has a diversified portfolio of financial services with a prime aim at lending and asset management of residential and commercial properties. Earlier this week Pepper and York Capital, also an investor in Pepper, made an offer for General Electrics consumer finance unit.

After last years three profit warnings, Standard Chartered has been looking for ways to regain its investors trust. In February CEO Peter Sands announced a new perspective on how the company would evaluate its businesses based on five key factors: growth, returns, dividend capacity, network and strategic value.

In June Standard Chartered, which makes around 90% of its profits from emerging markets, sold its Korean bank and consumer finance business to Japan’s J Trust.