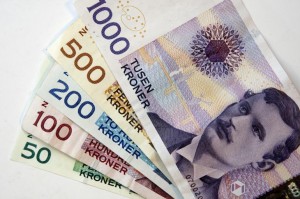 The deficit on United Kingdom’s goods trade balance probably narrowed to GBP 9.500 billion in October, according to market expectations, from a deficit figure of GBP 9.821 billion during the preceding month.

This indicator is also known as visible trade balance, because it reflects the difference in value between exported and imported physical goods, without the inclusion of exported and imported services. Since UK economy is to a great extent dependent on trade, the visible trade balance is considered as a key factor, providing clues over the resilience of nation’s economic growth.

In case UK trade decifit shrank more than anticipated, this would provide support to the pound. The Office for National Statistics (ONS) will publish the official trade data at 9:30 GMT.

Norway’s annualized index of consumer prices (CPI) probably accelerated to 2.1% in November, according to expectations, from 2.0% in October. In monthly terms, the index probably rose 0.2% last month, following another 0.1% increase in October. It reflects the change in the general level of prices of over 650 goods and services, which the population acquires, uses or pays for consumption.

The annualized core consumer inflation (CPI-ATE) probably slowed down to 2.4% in November from 2.5% in October. This indicator is comprised by two main components – CPI-AE, which excludes energy costs and prices of raw materials, and CPI-AT, which is based on real current prices adjusted for taxes. CPI-ATE is the indicator, used by Norges Bank in order to set its interest rate policy. A lower-than-expected core CPI would have a bearish effect on the national currency, as this weakens the case for a rate hike. Statistics Norway is to release the official report on consumer inflation at 9:00 GMT.

According to Binary Tribune’s daily analysis, the central pivot point for the pair is at 11.1626. In case GBP/NOK manages to breach the first resistance level at 11.2420, it will probably continue up to test 11.3188. In case the second key resistance is broken, the pair will probably attempt to advance to 11.3982.