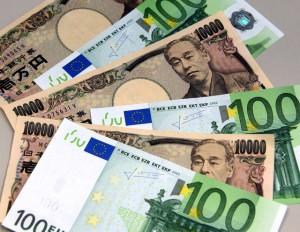 Machinery Orders in Japan probably dropped 1.9% in October compared to a month ago, according to expectations, after in September compared to August the indicator rose 2.9%. In annual terms, new orders, placed at major manufacturers in Japan, probably decreased 1.3% in October, following a 7.3% gain in September. The latter has been the largest annual increase since April, when new orders surged at a rate of 17.6%.

Machinery orders are considered as an excellent leading indicator, providing clues over business capital spending in Japan. A decrease in new orders suggests that business confidence has weakened, which can also trigger concerns over the nations economic growth. Therefore, in case new orders decreased at a faster-than-anticipated pace, this would mount selling pressure on the yen. Japanese Cabinet Office will release the official report at 23:50 GMT.

According to Binary Tribune’s daily analysis, the central pivot point for the pair is at 147.92. In case EUR/JPY manages to breach the first resistance level at 149.09, it will probably continue up to test 150.05. In case the second key resistance is broken, the pair will probably attempt to advance to 151.22.