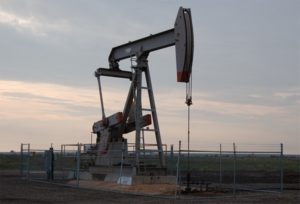 Brent and West Texas Intermediate extended their declines into a fourth day to reach fresh four-year lows as a production cut agreement at OPECs meeting in Vienna seemed unlikely.

Officials from Qatar, Saudi Arabia, Kuwait and the United Arab Emirates said that Gulf producers will not suggest a reduction in output during the OPEC meeting on Thursday, lowering the chances of a joint price support.

“The GCC reached a consensus,” Al-Naimi, Saudi Arabias Oil Minister, told reporters. “We are very confident that OPEC will have a unified position” referring to the Gulf Cooperation Council.

Bijan Zangeneh, Irans oil minister, said that OPECs fifth-largest producer wont make any output cuts. He also added that Iran is in a “very close” position with Saudi Arabia, after he met with Al-Naimi.

“OPEC is the main event,” said Michael McCarthy, a chief strategist at CMC Markets, in a phone interview. “The Saudi actions over the past month quite clearly indicate to the market that OPEC is unlikely to agree to production cuts, or if they do, the market will doubt the intent to deliver.”

Meanwhile, China saw an opportunity during the low priced oil period and increased its petroleum reserves by about 30 days worth of imports, nearly twice the size of what the worlds top energy consumer had planned.

“Saudi Arabia for the first time provided a firmer stance on their view on cutting production, indicating they believe the oil market will stabilize itself” ANZ bank said.

Also weighing on the oil segment, the US Labor Department reported yesterday that initial jobless claims rose to 313 000 in the week ended November 22nd, the highest since early September. Separate data showed that pending home sales unexpectedly contracted in October, while the annualized growth pace of new home sales came in below expectations.

Meanwhile, January Brent’s central pivot point is projected at $77.97. The contract will see its first resistance level at $78.64. If breached, it may rise and test $79.53. In case the second key resistance is broken, the European crude benchmark may attempt to advance $80.20.

If Brent manages to penetrate the first key support at $77.08, it could continue down to test $76.41. With the second support broken, downside movement may extend to $75.52 per barrel.