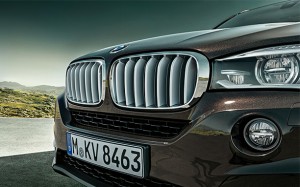 Bayerische Motoren Werke AG kept its leadership position in the luxury vehicles segment in the third quarter but failed to match the sales growth of Audi and Mercedes-Benz.

According to the companys statement, BMWs auto deliveries increased by an annualized 5.8% and reached 509 669 vehicles over the third fiscal quarter, including the Mini and Rolls-Royce models. In comparison, the Mercedes-Benz brand of Daimler AG, including the Smart brand, saw sales rise by 9% to 431 000 vehicles thanks to the new models, while the other major competitor of BMW – Volkswagen AGs Audi – reported that auto deliveries rose by 7.2% to 429 925 cars.

BMWs Chief Executive Officer Mr. Norbert Reithofer said: “We continued to perform well in both the third quarter and over nine-month period within an increasingly challenging environment.”

The company explained in a statement that “numerous markets” on the territory of Europe “finally returned to positive growth after stubbornly weak performance in recent years”. BMW also posted a warning, saying that “if the economic situation in Europe does not continue to stabilise, new challenges will have to be faced, despite the current upward trend”.

The Chief Financial Officer of the company – Mr. Friedrich Eichiner said on a conference call: “We won’t boost sales at any price.” He added that the luxury car maker is now focused on maintaining profitability and expects solid sales growth in the mid- to high single-digit gains, instead of “significant” double-digit increases in sales.

BMW has added some new models to its portfolio in an attempt to become more competitive to its rivals. The company also revealed that its earnings before interest and taxes over the third three months of the financial year increased by 17% to a record of €2.26 billion for the period. Deliveries were exceeded by vehicle production by about 36 000 vehicles over the third quarter, after the company released several new models.