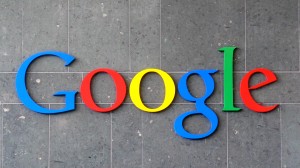 The research lab of Google Inc. announced that it is working on a nanoparticle technology, which could be used in the near future. The technology includes small magnetic particles, which are meant to check the human body for any signs of cancer and other diseases.

As reported by Bloomberg, the head of Googles life sciences unit, Andrew Conrad, said on Wednesday at a technology conference: “We’ve probably done hundreds of thousands of experiments exploring the parameters of nanoparticle binding.” He also added: “we would definitely hope that it’s years, not decades, until this is deployed”.

According to Googles statement, the nanoparticles are smaller than one-thousandth the width of a red blood cell. They will be “programmed” to attach themselves to cells, proteins and other molecules in the body in order to check them for cancer after swallowing. Google also revealed that it is developing a wearable device with a special magnet, which will be used as a monitoring tool to count the particles.

Although the work is till at an early stage, the announcement once again highlights the companys ambitions to expand its reach in a vast range of operations and businesses. Google has been working to explore different ways of improving human health through its secretive Google X research lab. The company has also joined forces with Novartis AG for developing sensor-enhanced contact lenses for people who suffer from diabetes in order to help them track their glucose levels more easily.

Mr. Conrad also explained in the statement, cited by Bloomberg: “If you buy a new car, it can tell you if your tires are running flat. It’s amazing how many sensors sit on a car. Why not have those many sensors sit on something far more important than your transportation?”