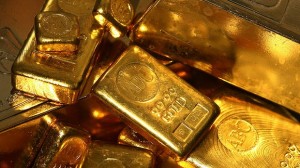 End-of-quarter technical dynamics and a strong dollar weighed heavily on the whole precious metals complex Tuesday. Gold lost about 9% last quarter, platinum closed for a 12% loss, palladium down 8%, while silver shed 19%. Since Tuesday, however, platinum continued losing, while other metals were relatively steady, as crucial US data was in focus.

Investors eye the key figure on US nonfarm payrolls for September, due for release later today. Analysts expect a reading of 215 000, after a disappointing 142 000 new jobs were created in August. Meanwhile, the unemployment rate is expected at 6.1%, same as last month.

The Fed has often cited labor market weaknesses as the main reasons for keeping accommodation in place for a longer period. Should the figures today beat expectations, it would strengthen speculation that the Fed will be more prone to hawkish moves, which would boost the dollar further and pressure all dollar-denominated commodities, such as gold. The US dollar index reached a four-year peak this week.

Further strengthening the greenback, downbeat Eurozone readings pressured the euro to a two-year low this week. Investors had focus on the European Central Bank (ECB) meeting yesterday, for details as to the bank’s ambitious €3tn stimulus program. ECB President Mario Draghi revealed that the program will last at least two years and will start with covered bonds in second half of October, but the more important information about the targets was kept from the public.

The ECB announced the measure last month, which would add to a central lending rate cut to a historic 0.05% low in efforts to revive growth in the Eurozone. The latest batch of economic data also proved bearish, with manufacturing in the Bloc dropping to a 14-month low, while disappointing unemployment and CPI readings added to negative sentiment earlier this week. Retail sales and services PMI will be logged today, set to log steady, though small, growth in both sectors.

Holdings at the SPDR Gold Trust, the largest exchange-traded gold-backed fund, dropped a further 1.2 tons to 767.47 yesterday, the lowest since December 2008, as investor interest in the yellow metal drops.

Will gold break below the key $1 200 level given a bigger-than-expected payrolls figure?