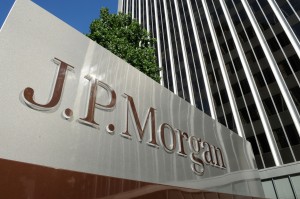 A federal judge ruled out on Tuesday that JPMorgan Chase and Co. must face a class action lawsuit by investors, who claimed that they were misled about the risk of $10 billion of mortgage-backed securities, which were sold before the beginning of the financial crisis.

U.S. District Judge J. Paul Oetken said that investors claims in nine separate offerings of the securities were similar enough to proceed as a class action on the question over JPMorgans liability for misleading them with false statements in the offering documents. The allegations claim that JPMorgan misled investors regarding the underwriting, appraisals and credit quality of the mortgages underlying the certificates.

The verdict only applies to liability and not to damages as it was unclear how investors could value the purchased certificates, given that the market was “not particularly liquid”, Judge Oetken said. He added that the lead plaintiffs on the cases, the Laborers Pension Trust Fund for Northern California and Construction Laborers Pension Trust for Southern California, could try to certify a class on damages.

Class certification provides each individual investor who has not filed a lawsuit against the bank with the opportunity to be represented in court by the lead plaintiffs due to the similarity of their legal claims. In addition, this form of representation is considered cheaper for plaintiffs and provides leverage in negotiations.

The courts ruling comes 10 months after a $13-billion agreement was reached by JPMorgan to resolve U.S. and state probes into the banks mortgage securities sale.

One of the spokesmen of the bank – Mr. Joe Evangelisti refused to make any comments on the courts decision.