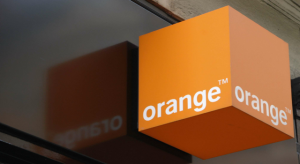 France-based Orange SA revealed that it made an acquisition bid of about €3.4 billion ($4.4 billion) in cash to the Spanish broadband provider Jazztel Plc., the French companys largest takeover offer in almost ten years.

“We are doing this deal to accelerate our growth in Spain, particularly in fixed-mobile convergent offers,” said Orange Chief Executive Stephane Richard in a statement, which was cited by Reuters. “The new company will be the incontestable number two in fixed services and third in mobile behind Vodafone, but we think well be able to take second-place pretty quickly.”

According to the companies statements, the price Orange offered amounts to €13 for each Jazztel share, a premium of 22% compared to September 12ths close in Madrid. In a regulatory filing posted late Monday, Jazztel revealed that a cash offer for 100% of the company has been received, and its Chairman Leopoldo Fernández Pujals agreed to sell his 14.48% stake to the French company.

Currently, Orange is considered the third-biggest wireless carrier in Spain, behind Telefonica and Vodafone. The acquisition of Jazztel would provide it with about 1.5 million new subscribers, which is expected to help the company consolidate its positions in the country and expand its offerings of combined broadband, TV and wireless packages.

If the deal goes through, Orange will almost double its market share in broadband Internet access in Spain and will surpass Vodafone Group Plc to become the second-biggest provider in the segment. Spain is Oranges second-biggest market, generating 10% of the groups revenue.

The deal, which values Jazztel at €3.4 billion is subject to regulatory approval. In addition, is must be supported by at least 50.01% of the companys shareholders on top of the stake of Jazztels Chairman, who has already agreed to sell his shares.