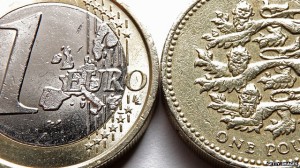 The gauge of economic sentiment in Germany probably continued to fall, reaching 5.0 in September, according to the median forecast by experts. In August the index came in at 8.6, which has been the lowest level since December 2012. The indicator has been falling since December 2013, when it stood at 62.0.

The ZEW (Zentrum für Europäische Wirtschaftsforschung) economic expectations index is published monthly. The study encompasses up to 350 financial and economic analysts. The indicator reflects the difference between the share of analysts, that are optimistic and those, that are pessimistic about the expected economic development in Germany over the next six months. A positive value indicates that the proportion of optimists is larger than that of pessimists. A ZEW reading of -100 suggests that all analysts are pessimistic about the current developments and expect economic conditions to deteriorate. A ZEW reading of 100 implies that all analysts are optimistic about the current situation and expect conditions to improve. A ZEW reading of 0 indicates neutrality.

The index of current assessment in Germany probably dropped to 40.0 in September from 44.3 in the prior month.

The ZEW Economic Sentiment index in the Euro zone probably fell to 21.3 this month from 23.7 during August.

Lower-than-projected readings would certainly cause a negative impact on the common currency. The official data is scheduled to be released at 9:00 GMT.

The cost of living in the United Kingdom probably remained unchanged, with the CPI standing at 1.6% in August from a year ago, according to the median estimate by experts. If so, this would be the lowest level since May. In July compared to June this year prices of clothing and footwear fell 5.7%, contributing the most to the drop in the CPI. Prices of clothing and footwear dropped 3.2% between the same two months a year earlier. Prices of alcohol and tobacco decreased 0.7% between June and July this year, while recording a 0.6% increase between the same two months of 2013. The most significant upward contribution to the change in the annualized CPI came from costs of transport, which climbed 1.3% between June and July this year, compared to a 0.9% gain between the two months a year ago.

The CPI is the main measure of inflation in the UK for macroeconomic purposes and forms the basis of the inflation target set by the government. Every month about 120 000 samples are made, examining the change in prices of about 650 products. They represent the “market basket” of goods and services to the index itself.

Key categories in the consumer price index are Transport (accounting for 16.2% of the total weight) and Housing, Water, Electricity, Gas and Other fuels with a 14.4% share. Recreation and Culture accounts for 13.4%, Restaurants and Hotels – 11.4% and Food and Non-alcoholic Beverages – 11.2%. The CPI also encompasses Miscellaneous Goods and Services (9.6%), Clothing and Footwear (6.5%), Furniture, Household Equipment and Maintenance (6.1%). Alcoholic Beverages and Tobacco, Health, Communication and Education comprise the remaining 11.2% of the total weight.

Core consumer prices probably remained steady at 1.8% in August, compared to the same month a year ago. The core CPI measures the change in prices of goods and services purchased by consumers, without taking into account volatile components such as food, energy products, alcohol and tobacco.

The Office for National Statistics (ONS) will publish the official CPI report at 8:30 GMT. Lower-than-expected annualized CPI, especially if distancing from the inflation objective of 2.0%, usually has a bearish effect on the sterling.

According to Binary Tribune’s daily analysis, the central pivot point for the pair is at 0.7966. In case EUR/GBP manages to breach the first resistance level at 0.7991, it will probably continue up to test 0.8008. In case the second key resistance is broken, the pair will probably attempt to advance to 0.8033.