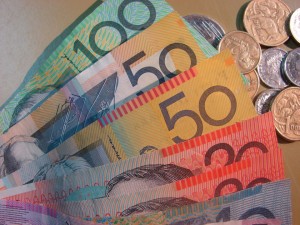 At 1:30 GMT on Monday the Australian Bureau of Statistics is scheduled to report on new motor vehicle sales in the country for September. New vehicle registrations dropped 1.3% in August compared to July. A record high number of new vehicle registrations in Australia was recorded in September 2012, or 98 241. New vehicle sales, as an indicator, reflect how strong consumer confidence is. In case consumers are willing to make large-ticket purchases, such as new automobiles, this suggests they have greater confidence regarding their financial prospects. However, as new car sales account for a small portion of Australian Gross Domestic Product, a potential decrease would have a limited bearish impact on the national currency.

The index of producer and import prices in Switzerland probably declined 1.0% in August compared to the same month a year ago, according to the median experts’ estimate, following 0.8% drops in July, June and May. In July compared to June the index registered no change.

The index consists of two sub-indexes, the producer price index (PPI) and the index of import prices (IIP). The PPI refers to goods produced and sold domestically or exported by Swiss companies. Goods includes raw materials, starting materials, semi-finished and finished products. Prices of goods are measured at the first marketing step in the production of the good, prices FOB or EXW as the VAT is not included. The IIP has a similar structure to that of producer prices, reflecting the prices of imported goods (price before duty, VAT). The combined index of producer and import prices generally reflects changes in both indexes, by summing up their values.

The Swiss Federal Statistical Office is scheduled to release the official figures at 7:15 GMT. Lower-than-expected readings would have a bearish effect on the franc.

According to Binary Tribune’s daily analysis, the central pivot point for the pair is at 0.8463. In case AUD/CHF manages to breach the first resistance level at 0.8500, it will probably continue up to test 0.8562. In case the second key resistance is broken, the pair will probably attempt to advance to 0.8599.