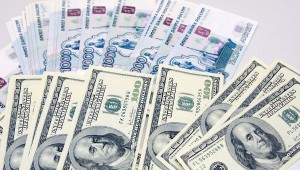 Retail sales in the United States probably increased 0.6% in August on a monthly basis, according to the median forecast by experts. In July sales remained flat, as sales at auto dealers continued to decrease and receipts in furniture and electronics and appliances stores weakened. Sales at auto dealerships dropped 0.2% in July, following another 0.3% fall in June. Annualized retail sales climbed 3.7% in July, or the slowest pace since February.

The report on retail sales reflects the dollar value of merchandise sold within the retail trade by taking a sampling of companies, operating in the sector of selling physical end products to consumers. The retail sales report encompasses both fixed point-of-sale businesses and non-store retailers, such as mail catalogs and vending machines. US Census Bureau, which is a part of the Department of Commerce surveys about 5 000 companies of all sizes, from huge retailers such as Wal-Mart to independent small family firms.

The monthly survey by Thomson Reuters and the University of Michigan may show that consumer confidence in the United States improved in September. The preliminary reading of the corresponding index, which usually comes out two weeks ahead of the final data, probably rose to 83.2 during the current month from a final value of 82.5 in August. The survey encompasses about 500 respondents throughout the country. The index is comprised by two major components, a gauge of current conditions and a gauge of expectations. The current conditions index is based on the answers to two standard questions, while the index of expectations is based on three standard questions. All five questions have an equal weight in determining the value of the overall index.

In case the gauge of consumer sentiment showed a larger improvement than projected, this would boost demand for the greenback. The official reading is due out at 13:55 GMT.

The Central Bank of Russia probably left its benchmark interest rate on hold at 8.0% at its policy meeting today, according to market expectations. The one-week repo rate was raised by 50 basis points (0.50%) to the current 8.0% at the central banks meeting, conducted on July 25th, in order to ease high inflation caused by geopolitical situation. Inflation deceleration in July has been slower than expected. At the same time, inflation risks have increased due to a combination of factors, including inter alia, the aggravation of geopolitical tension and its potential impact on the ruble exchange rate dynamics, according to Bank of Russias statement. As a result, inflation expectations may remain heightened and consumer inflation may exceed the 4% inflation objective during the coming years. In case risks of high inflation continue to persist, the central bank may be urged to introduce further rate hikes in the future.

Short-term interest rates are of utmost importance for the valuation of national currencies. In case the Central Bank of Russia is hawkish about inflationary pressure in Russian economy and, thus, decides to raise rates further, this may provide support to the ruble. Banks key one-week repo rate was at an all-time high of 10.50% in April 2009, while its lowest level on record, 5.00%, was seen in June 2010.

New sanctions on the horizon?

According to several European media, the member states of the European Union have come to an agreement to impose new tougher sanctions on the Russian Federation at the meeting of the Economic and Financial Affairs Council, scheduled to be held today.

According to Binary Tribune’s daily analysis, the central pivot point for the pair is at 37.482. In case USD/RUB manages to breach the first resistance level at 37.713, it will probably continue up to test 37.863. In case the second key resistance is broken, the pair will probably attempt to advance to 38.094.