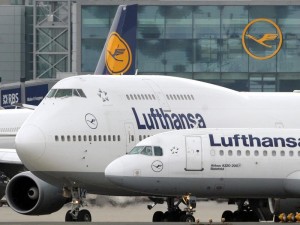 Deutsche Lufthansa AG shared that a pilot strike planned for this evening will result in cancellation of some flights from as early as 1:30 p.m. Frankfurt time and many more from 4 p.m. According to the companys statement, the strike will affect more than 200 flights in Germany and Europe and about 25 000 passengers.

“Lufthansa regrets very much that the pilot union isn’t ashamed to enormously damage air traffic during peak travel time at the end of the school holidays,” Lufthansa said in the statement. “Vacation periods are ending this week in Hesse, Rhineland-Pfalz and Saarland.”

This is the second announced strike within a week at the airline. There was a pilots strike at Germanwings, the low-cost division of Lufthansa, last week, which resulted in the company losing more than €10 million. The pilots union also shared that more strikes could come at any time after the last one scheduled for Friday.

“We will continue to strike until Lufthansa brings an end to the confrontational way in which they deal with staff,” VC board member Joerg Handwerg said for Reuters.

Individual flights would already be cancelled as early as 1:30 pm (1130 GMT) and most flights from 4:00 pm (1400 GMT). The Germany-based airline said that it would do its best to try and limit the impact that the strike would have on its customers.