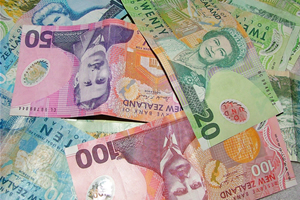 The ILO unemployment rate in the UK probably fell to 6.4% in the three months through June from 6.5% in the previous month, according to analysts’ projections. Mays reading was also the weakest since December 2008. The indicator measures the number of unemployed people who are willing to work, are available and and are actively looking to be hired. The index is measured according to the ILO (International Labour Organization) standards, which are accepted internationally, that allows the labor market in different countries to be compared. The unemployment rate is calculated using information from a special study of the workforce.

In addition, the jobless claims probably declined by 30 000 in July, according to the median analyst’ forecast, following a 36 300 decline in the previous month. The jobless claims change indicator calculates the number of applications for unemployment in Britain, measured in thousands. It is taken from administrative records kept by the Centre for jobs service (formerly Employment Service). If the number of applications falls more than expected, demand for the British pound would certainly be supported.

At the same time, the claimant count rate probably decreased to 3.0% last month from 3.1% in June, according to the median experts’ estimate. The claimant count rate is an index that is calculated based on the number of claims submitted for unemployment benefits in the UK. It is represented as a change in the number of claims and as a percentage change from the workforce. Data for the number of applications for unemployment benefits is taken from the administrative records of the labor centres.

The Office for National Statistics will release the official data at 08:30 GMT. Higher-than-projected readings would have a bullish effect on the pound.

In addition, at 9:30 GMT, the Bank of England (BoE) will release its inflation report. The report is closely watched by market players as it sets out a detailed economic analysis and inflation projections, upon which the BoEs Monetary Policy Committee bases its interest rate decision. It also includes assessment of the prospects over the countrys economic growth and inflation over the next two years. The BoEs inflation report is published quarterly and is followed by statement of the Governor of Bank of England. In case, the central banks tone is dovish, this will boost sterlings demand.

According to Binary Tribune’s daily analysis, the central pivot point for the pair is at 1.9914. In case GBP/NZD manages to breach the first resistance level at 1.9981, it will probably continue up to test 2.0015. In case the second key resistance is broken, the pair will probably attempt to advance to 2.0082.