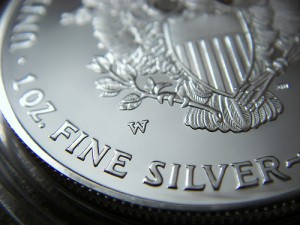 Silver advanced on Friday supported by rising inflation in the Euro zone and Japan and as overall upbeat data from the two regions pressured the U.S. dollar, boosting demand for alternative investments. Gold, platinum and palladium rose as well. However, speculations for an earlier-than-expected tapering of Feds monetary stimulus limited gains.

On the Comex division of the New York Mercantile Exchange, silver futures for settlement in March rose by 1.22% to $19.923 per troy ounce by 11:38 GMT. Prices shifted in a days range between session high of $19.985 and days low of $19.697, near November 25s 3-1/2-month low. The precious metal added 0.2% on Thursday and rose back to positive weekly territory on Friday, trimming its monthly decline to 9.1%, still the worst performance since June.

Silver pared its monthly losses after overall upbeat data from Europe and Japan weakened the U.S. dollar, while rising inflation supported precious metals demand prospects as a storage of wealth.

Consumer prices in Japan rose in October by a 1.1% annualized rate, meeting both projections and September’s growth and suggesting. Core Consumer Price Index, which excludes the volatile food and energy expenditures, also matched projections and jumped by 0.9%, exceeding the preceding month’s 0.7% advance.

The Asian nations unemployment rate remained unchanged at 4.0% last month, mismatching projections to inch down to 3.9%.

A gauge measuring investment activity in Japan’s housing sector marked a better-than-projected reading. Year-on-year, housing starts rose by 7.1% in October after they jumped by 19.4% a month earlier, beating forecasts for a 5.0% advance.

In Great Britain, the Nationwide House Price Index (HPI) met expectations and jumped by 0.6% in October after posting at 1.0% in September. Year-on-year, prices of homes with mortgages backed by Nationwide rose by 6.5%, outperforming both projections and the preceding month’s gains of 6.2% and 5.8% respectively.

In the Euro zone, Germanys retail sales disappointed by contracting by 0.8% in October, confounding expectations for a 0.5% advance following Septembers upward revised 0.2% decline. On an annual basis, retail sales in the leading EU nation fell by 0.2% after advancing by 0.2% a month earlier, defying projections for a 1.5% gain.

A separate report showed inflation picked up in the Euro zone and exceeded expectations, while the unemployment rate declined. Year-on-year, the single currency blocs Flash Harmonized Index of Consumer Prices advanced by 0.9% in November after creeping at 0.7% in the previous two months. Analysts expected prices to have risen by 0.8%.

Core consumer prices, which exclude the volatile costs for food, energy, alcohol, and tobacco, also surprised positively and rose by an annualized 1.0%, beating projections for a 0.9% advance and the preceding months 0.8% gain.

Another source for positive sentiment was a retreat in the unemployment rate from last months record high reading. Unemployment fell to 12.1% in October, beating expectations to remain unchanged at 12.2%.

The U.S. dollar index, which measures the greenbacks performance against a basket of six major currencies, traded at 80.57 at 11:21 GMT, down 0.08% on the day. Prices shifted in a days range between 80.63 and 80.52. The December contract lost 0.1% on Thursday and extended its weekly decline to nearly 0.2%. Weakening of the greenback makes commodities priced in it cheaper for foreign currency holders and boost their appeal as an alternative investment.

Gains however remained limited as a recent string of overall upbeat U.S. data reinforced the case for an earlier-than-expected Fed stimulus tapering. The Labor Department reported on Wednesday that the number of Americans who filed for initial unemployment benefits fell by 10 000 to a two-month low of 316 000 in the week ended November 23, defying analysts’ projections for an increase to 330 000. Applications for the previous week were revised up by 3 000 after being initially estimated at 323 000.

The Federal Reserve revealed last week that it might be trimming the record-high stimulus “in the coming months”, if the economic recovery starts moving in the right direction. Fed minutes showed that policy makers “generally expected that the data would prove consistent with the committee’s outlook for ongoing improvement in labor market conditions and would thus warrant trimming the pace of purchases in coming months.”