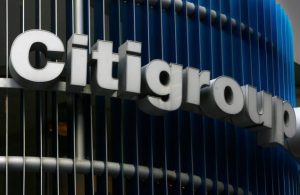 LavaFlow Inc., a Citi unit which runs an alternative trading system, was accused of allowing an affiliate to access its system and use data related to subscriber orders that was not displayed to the public. The SEC said that Citis unit has agreed to settle the civil case without admitting or denying any wrongdoing.

LavaFlow is distinct for not being a dark pool, rather operates an Electronic Communications Network. As such, LavaFlow displays certain information about pending orders like best bid and offer in its network but is supposed to keep individual purchase or sell requests confidential. The regulators previous three charges against alternative trading system venues were against platforms known as “dark pools”, which allow investors to trade anonymously and do not display quotes publicly.

However, the SEC said that LavaFlow failed to ensure sufficient protection of its subscribers confidential trading information in the period between March 2008 and March 2011. As a result, an affiliate was able to access the private data and use it to determine where to route certain orders.

Michael Friedman, the New York-based chief compliance officer at Trillium Management LLC, said for Bloomberg: “This is worse than Barclays. In the Lava situation, you’re actually acting upon individual hidden orders in real-time. This is the first time I’ve seen any case involving that level of actual improper usage of hidden orders.”

The SEC announced that LavaFlows $5 million fine includes a $2.85-million penalty and a $1.85-million disgorgement of profits earned by Lava Trading Inc., a LavaFlow affiliate, for continuing to operate as a broker for several months after it had deregistered. A Citigroup spokesman said: “We are pleased to put this matter behind us.”

Daniel Hawke, chief of the SEC enforcement division’s market abuse unit, said, cited by the Financial Times: “LavaFlow’s subscribers trusted and expected that knowledge of their hidden orders would not escape the ATS. Because much of today’s equity trading is automated, firms must protect sensitive information within computer networks just as aggressively as they police against the misuse of information by people.”

SEC Chairwoman Mary Jo White said earlier this year that she plans to propose new requirements for alternative trading system operators to disclose more information about how they operate.