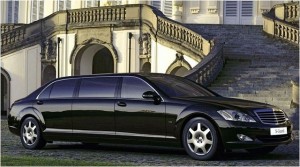 Daimler AG, the worlds third-largest luxury vehicles manufacturer, made an official statement today, reporting that its profit over the second fiscal quarter increased by 12%, as its Mercedes-Benz S-Class sedans sales doubled over the period, while it also managed to reduce its expenses.

Mr. Dieter Zetsche, who is the Chief Executive Officer of the company, commented on Daimlers performance over the quarter on a conference call with some journalists, which was cited by Bloomberg: “Our strategy is paying off. We’re growing and, what’s more, we’re growing profitably.” As reported by Reuters, he also said: “We are continually looking at ways to improve our structural efficiency.”

The companys performance over the period was improved by the successful new model launches from the S-class series of Mercedes and C-class series sedans. Daimler also benefited from its newest Smart compact city cars.

The Germany-based company also revealed in its statement that its group revenue increased by 6% in the second quarter and reached 31.5 billion euros. The car sales of the company also rose by 4% to 628 857 units.

One of the analysts, who work at ISI Group – Mr. Arndt Ellinghorst commented on the results of Daimler AG for Reuters: “If all markets perform well and the product is good, Daimler can reach the 10 percent even without a new savings programme. Whether the margin would be sustainable is a different matter.”