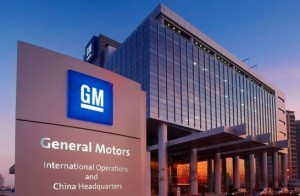 According to information published on a document filed with the U.S. federal regulators on July 18th, General Motors Co. changed the design of some ignition switches it had used in certain mid-size vehicles manufactured in 2003 and 2004 after finding out there was a problem with them. The companys official representatives, however, did not consider the problem a safety issue.

This basically means that General Motors may have used an unknown number of parts with possible defects in their models that have been worked on at dealerships or repair shops after the redesign of the ignition switch was made. One of the spokesmen of the company explained that there werent any car crashes, or cases of injuries and deaths reported in any of the models that feature the redesigned ignition switch – Chevrolet Malibu, Pontiac Grand Prix and Grand Am, and Oldsmobile Alero.

General Motors Co. decided to ask its dealers to cancel the sale of some of its Cadillac models due to the problem with the defective ignition switch after the U.S. National Highway Traffic Safety Administration unveiled the filing as part of its scrutiny over the recent recalls made by the company.

So far this year, a total of about 25.7 million vehicles were recalled by General Motors Co. in the US, eclipsing Ford Motor Co.’s single-year record of 23.3 million in 2001. The figures include not only the 8.45 million withdrawn cars at the end of June 2014, but also 14.7 million that were recalled because of some problems with the ignition switch.