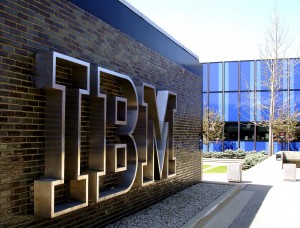 International Business Machines Corp. made an official statement, revealing that it intends to invest 3 billion dollars on semiconductor research and development over the next five years, despite the company is considering selling its chip-manufacturing unit.

According to IBMs statement, two programs for smaller and more powerful chips development and manufacturing will be funded. The company explained that the chips are considered to be used in in a variety of technologies, such as its own Watson technology. International Business Machines Corp. will also invest in semiconductor parts development of materials other than silicon.

The Senior Vice President of the systems and technology unit of the U.S.-based company – Mr. Tom Rosamilia said in an interview for Bloomberg: “We fundamentally believe that no other company can do this level of innovation for the chip. Our clients are driving us to continue to innovate to this high-performance world. It’s all about the breakthroughs that are on the horizon that we see need to be done.”

The companys move is aiming at reassuring both customers and analysts that the hardware and software business of IBM will proceed with its innovation programs. As the company itself explained in the announcement, the money for the five years of semiconductor research will be invested in the project chasing two main targets – finding solution to technical impediments to the miniaturization of circuitry on traditional silicon chips and at the same time, cultivating a variety of materials and technologies in order to maintain increasing computing speed on account of energy consumed.

Mr. Steve Mills, who is occupying the position of a senior vice-president in charge of software and systems in the U.S.-based company, commented on IBMs plans in an interview, which was cited by the Financial Times: “We’re constantly looking for more efficient ways to deliver our technology, but this [chip research and development] is an area of deep investment for IBM.” As reported by the Wall Street Journal, Mr. Mills also added: “We dont want anybody to be confused. We need to reinforce our long-term commitment to the hardware platforms that we have.”

International Business Machines Corp. was 0.64% up to close at 188.42 dollars per share yesterday, marking a one-year change of -1.51%. According to the information published on CNN Money, the 22 analysts offering 12-month price forecasts for International Business Machines Corp. have a median target of 195.00, with a high estimate of 225.00 and a low estimate of 160.00. The median estimate represents a +3.49$ increase from the last price of 188.42.