Skip to content
Home  »  Stock News   »   Adidas AG’s share price down, offers a sponsorship deal to Manchester United for over $100 million a year 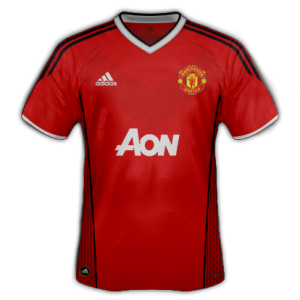 As reported by a person familiar with the process, Adidas AG offered more than 60 million pounds (103 million dollars) on an yearly basis to Manchester United in return to the rights to supply the U.K. teams sportswear, stealing the deal right under the nose of its major rival Nike Inc.

Nike Inc. and Manchester United were having exclusive negotiations for more than a year but did not manage to reach an agreement, which led to the football team to start talks with other suppliers of soccer apparel. Now, if the deal between Adidas AG and the British soccer team is sealed, the bid of the Germany-based company is to become part of the most valuable soccer sponsorships. The largest sponsor of Manchester United to date is the Chevrolet brand of General Motors Co. for 80 million dollars a year.

The offer is the latest move by Adidas AG, which now tries to consolidate its positions and expand its reach. Recently, the company has been leading a fierce battle for dominance with Nike Inc. Adidas AG posted flat net sales at 1.1 billion euros (1.5 billion dollars) for the fiscal quarter ended March 31st in Western Europe, while Nike Inc. announced a 25% increase to 1.3 billion dollars in the region for the same period.

Nike Inc. commented in an e-mailed statement, which was cited by the Financial Times: “Manchester United is a great club with passionate fans. We are proud to have partnered with them for the last 12 years and will continue to sponsor the club until the end of the 2014/15 season.” As reported by Bloomberg, Nike also said: “Any partnership with a club or federation has to be mutually beneficial. The terms that were on offer for a renewed contract did not represent good value for Nike’s shareholders.”