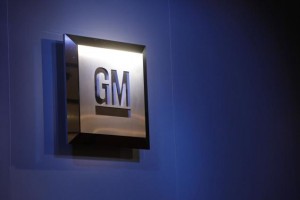 General Motors Co. was forced to halt output at its vehicle-assembly plant in South Africa following failed negotiations over wages after more than 220 000 metalworkers announced an indefinite strike. The walk-out started on July 1st, but today the Steel and Engineering Industries Federation of Southern Africa revealed in an e-mailed announcement that the National Union of Metalworkers of South Africa turned down an improved offer from the employer group.

The workers rejection of the Federations improved offer “deeply disappointed” the employer group. Seifsa had offered to increase the lowest-paid employees wages by 10% in 2014. As a result, General Motors Co. was forced to shut its plant in Port Elizabeth.

One of the U.S. car makers spokeswomen – Ms. Gishma Johnson – made an e-mailed statement which was cited by Bloomberg, saying that “the strike in the metal and engineering sector has impacted upon supply of components” to GMs production line. The company intends to manufacture 50 000 vehicles on a yearly basis in South Africa. Now, Ms. Gishma Johnson explained: “We can’t tell for now if this will be reached because we don’t know how long the strike will continue.”

Meanwhile, General Motors Co. revealed that it intends to withdraw over 27 000 Spark mini vehicles in South Korea due to a transmission mount problem. According to the Ministry of Land, Infrastructure and Transport of South Korea, the affected units were manufactured on the territory of the country in the period between June 8th and December 12th 2013.

This is the latest addition to the global recalls that the auto manufacturer was forced to conduct in 2014. As reported by Reuters, one of the official representatives of the Ministry explained that the problem was voluntarily disclosed to the countrys government by the company itself. At the same time, one of the spokesmen of General Motors Co. in South Korea revealed that no crashes or injuries linked to the defect were reported so far.