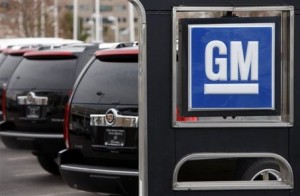 General Motors Co. expanded its vehicle withdrawals by recalling an additional 8.45 million cars while its Chief Executive Officer Ms. Mary Barra is trying to keep the auto manufacturers reputation from falling apart following the recent problems with defective parts. With the last recall the company beat the record for safety repairs made by any US auto maker in a single calendar year.

Recently, Ms. Mary Barra has undertaken an aggressive strategy to identify and address the “major outstanding issues” that may be a threat to the safety of the companys customers. As reported by the Financial Times, Ms. Barra said in a statement: “If any other issues come to our attention, we will act appropriately and without hesitation.”

Chief Executive Officer Barra also said in a statement, which was cited by Bloomberg: “We undertook what I believe is the most comprehensive safety review in the history of our company because nothing is more important than the safety of our customers. Our customers deserve more than we delivered in these vehicles. That has hardened my resolve to set a new industry standard for vehicle safety, quality and excellence.”

The new wave of vehicle recalls came only a few hours after the terms of a broad compensations plan for General Motors Co. were announced by the expert compensation attorney Kenneth Feinberg. The indemnity plan was related to the earlier withdrawal of 2.59 million small cars due to an ignition switch defect that is considered to have become the reason for at least thirteen death cases.

Most of the 8.23 million cars that were recalled yesterday are older models and were withdrawn because of unintended ignition-key rotation. The models affected include Chevrolet Malibus produced in the period between 1997 and 2005, some Pontiac and Oldsmobile full-size sedans and Cadillac CTS and SRX produced from 2003 to 2014.

The total number of cars withdrawn by General Motors Co. increased to 25.7 million vehicles, surpassing the record set by Ford Motor Co in 2001 when the auto maker recalled 23.3 million vehicle in the U.S.