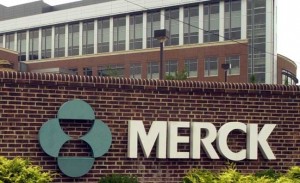 The second-largest drug manufacturer in the U.S. – Merck & Co. made an official statement, revealing that it reached an agreement for the acquisition of Idenix Pharmaceuticals Inc. in a deal that is estimated to 3.85 billion dollars. The purchase will help the company to broaden its experimental pipeline for hepatitis C treatments.

One of the analysts who work at J.P. Morgan – Mr. Chris Schott commented on the news for the Wall Street Journal: “We believe Merck could quickly recoup the investment if successful.”

According to the companys statement, the shareholders of Idenix Pharmaceuticals Inc. will receive 24.50 dollars per share in cash. The price is more than three times higher than Idenixs closing price of 7.23 dollars a share on June 6th.

Currently, about 85 people work in Idenix Pharmaceuticals Inc., which still has no products released on the market. The company posted a revenue of less than 1 million dollars in 2013. However, Idenix has been recently working on a number of potential new treatments for hepatitis C, which has made the company a desired purchase for larger drug companies.

The deal is considered beneficial for Merck, which is expected to consolidate its positions compared to some of its major rivals such as Johnson & Johnson, Gilead Sciences Inc. and AbbVie Inc. in a business segment that is forecast to reach annual sales of at least 20 billion dollars by the end of the decade.

When completed, the transaction is expected to make the company more competitive compared to Gilead, whose hepatitis C drug called Sovaldi is on track of becoming the most successful drug for the disease with revenues that amounted to 2.3 billion dollars over the first three months after being released.