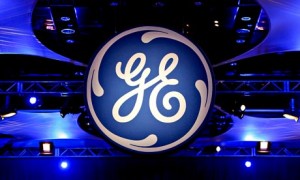 General Electric Co. is planning to carry out an initial public offering of its consumer-lending division, saying that it expects another “staged exit”. The company is considering to dispose of assets that amount to more than 4 billion dollars until the end of 2014. It had first used the term “staged exit” when it shared is plans for its Capital operations spin-off.

Mr. Jeffrey Immelt, who is the current Chief Executive Officer of General Electric Co. said during the companys investor conference, which was cited by Bloomberg: “I wouldn’t be surprised to see that take place again.” Mr. Immelt added: “We think there’s more value creation as you go along and we want to participate in some of that.”

The company is preparing the spin-off of its Synchrony Financial unit and considers scheduling its initial public offering for the third quarter of the current financial year. The division in question is a consumer-lending business that provides retailers with store credit cards.

This process comes at a time when General Electric Co. is also engaged with its offer for the French energy company Alstom SA. Some government officials in France have said that they were considering blocking the deal, but still the Chief Executive Officer of General Electric shared that the companys 17-billion-dollar offer will turn out to be successful. Even though French Economy Minister Mr. Montebourg said the bid was “unacceptable”, Mr. Immelt shared the fact that the eventual acquisition was not accepted well by the countrys government had not surprised him.

As reported by the Wall Street Journal, General Electrics Chief Executive Officer commented: “We wouldnt have started if we didnt think we could finish.”

The company was pressed by French Economy Minister to improve its bid. Mr. Arnaud Montebourg has also called for Siemens AG to become a rival of General Electric by making a competitive offer for Alstom SA.