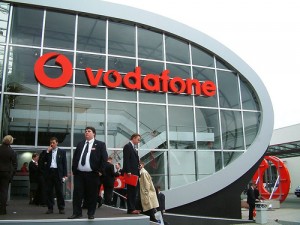 Vodafone Group Plc, which is currently the second-biggest mobile operator by subscribers in the world, posted its results for the fourth quarter. The company reported a service revenue drop for a seventh consecutive quarter and it also revealed its expectations for the full-year earnings.

The largest markets of Vodafone Group Plc are currently in Europe, which has became a true gladiator arena of price wars and slow-moving economies. All this had a negative impact on the companys sales, which declined as the results showed.

The company, however, announced that its full-year net profit increased thanks to the sale of its wireless operations division in the U.S. for the astonishing $130 billion. Vodafone Group shared that its net profit in the fiscal year ended March 31st jumped from 413 million pounds last year to 59.3 billion pounds (99.7 billion dollars), boosted by the sale of the US wireless division, Verizon. According to the companys statement, the organic service revenue of Vodafone Group Plc declined by 3.8%, which is a bit lower than the 3.9% drop predicted by analysts.

In addition, the company projected that its annual earnings will fell as much as 11%. Its operating profit excluding exceptional items decreased by 37% and reached 7.97 billion pounds. Vodafone said that it expects its earnings before interest, taxes, depreciation and amortization in the year that is to end March 2015 will decline to a range of 11.4 and 11.9 billion pounds.

The Chief Executive Officer of Vodafone Group Plc – Mr. Vittorio Colao said in a phone call with reporters, which was cited by the Wall Street Journal: “It has been a year of substantial strategic progress. [But] our operational performance has been mixed.” As reported by Bloomberg, Mr. Colao also commented: “We have two important markets that have been challenging: Germany and Italy; we have two markets we we already see signs of improvement, the U.K. and Spain. Germany should improve. Italy is a bit of a question mark.”

Mr. Colao also explained that Vodafone was committed to striking an annual growth in dividends, but confirmed its outlook for lower 2015 earnings that previously expected.