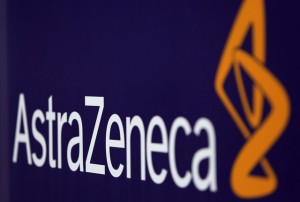 AstraZeneca Plc rejected the increased bid of Pfizer Inc. saying that it was too low. The deal would create the largest drug manufacturer in the world, if finalized.

Pfizer boosted its bid for AstraZeneca on late Sunday, explaining it is the companys final offer. The bid was estimated to about 120 billion dollars. As reported by Bloomberg, a spokeswoman of Pfizer – Mrs. Joan Campion said in an e-mail: “The fate of the deal is now up to AstraZeneca’s shareholders. We believe our final proposal represents compelling and full value.”

AstraZeneca Plc revealed that it found the offer of Pfizer too low for the promising portfolio of experimental drugs. The deal would have helped Pfizer consolidate its positions by forming the largest drug maker in the world and expand its reach by adding some new cancer drugs. After making the final offer, Pfizer said that it is prepared for a rejection of the bid.

Pfizer was struggling to create the biggest pharmaceutical company with headquarters in New York. However, the company said that it would leave the tax base in the U.K., which meant that it would benefit from the lower tax rates in Great Britain. The offer was said to expire on May 26th.

As reported by the Financial Times, the opinions of AstraZenecas shareholders varied after the company decided to reject the final Pfizers offer. The decision resulted in a 11% drop in the shares of the UK company, the biggest one-day drop since August 2002. One of the top 30 investors in AstraZeneca – Mr. Alastair Gunn commented the companys decision to reject the increased bid: “We are disappointed the board of AstraZeneca has rejected Pfizers latest offer so categorically.”

On the other hand, some shareholders supported AstraZenecas decision, calling it wise. Mr. Richard Hughes said for the Financial Times: “To take a short term view would be a mistake.” According to a person with knowledge of the matter, who is close to the company, the decision of the companys board was not unanimous.

As explained by the Chairman of AstraZeneca Plc – Mr. Leif Johansson- in an interview for the Wall Street Journal, Pfizers bid was rejected because it “does not meet the value that we would put on a stand-alone company”. Mr Johansson also added: “In the end, in the U.K., it is for shareholders to decide whether they want to sell their company.”