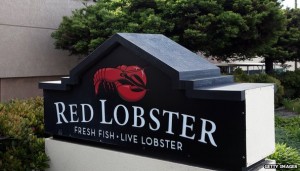 Darden Restaurants Inc. lost more than 4% of its share value on Friday after the restaurant operator reported it had agreed to sell its struggling Red Lobster seafood-restaurant chain to private-equity firm Golden Gate Capital in a $2.1-billion cash deal.

The companys Chief Executive Officer Clarence Otis has faced criticism regarding his sale plans from New York-based hedge funds Barington Capital Group LP and Starboard Value LP since they were announced last December. Mr. Otis has been trying to unburden Darden Restaurants from the underperforming Red Lobster chain so that it could focus on the turnaround of its Olive Garden Italian food chain, its main revenue driver.

However, the two activist investors have called for a much significant breakup. Barington Capital Group suggested in October the restaurant operator should split in two parts – an entity housing its more mature brands – Olive Garden and Red Lobster, and another one made up of its faster growing chains – The Capital Grille, LongHorn Steakhouse and Yard House. Barington also asked for the CEOs resignation, citing the companys underperfoming stock since he took the helm.

At the same time, Starboard Value has insisted a shareholder vote to block the plan and has also pushed Darden to consider separating its estate holdings, which may be worth $4 billion, and keep the seafood chain.

However, Darden responded that the Red Lobster sale wouldnt require a shareholder vote. The company agreed to hold a special shareholder meeting, but said the deals closure wont depend on the outcome of the meeting.

The separation with Red Lobster will bring Darden net proceeds amounting to $1.6 billion, of which $1 billion will be used to retire debt and the remainder will fund a $700-million share buyback program, the company said.

Dardens sales were hurt as its customers were unwilling to dine out so often as before the recession, leading to a decline in Red Lobsters same-store sales in seven out of the last eight quarters. Sluggish demand due to still weak consumer confidence and heightened competition in the face of fast-food restaurants have dragged on growth at Olive Garden as well, where same-store sales slid 5.4% in the last quarter.

Robert Derrington, an analyst at Wunderlich Securities, said, cited by Bloomberg: “This certainly appears to be a fairly priced transaction for the company, satisfying its needs of getting rid of Red Lobster, taking the distraction away in that regard. They should be able to focus on improving the business, but the industry is very challenged.”

The company has little over 700 Red Lobster restaurants in the US and Canada, which account for 30% of its overall revenue. The chains buyer, Golden Gate, a private-equity firm based in San Francisco, will sell about 500 Red Lobster locations to American Realty Capital Properties Inc. for $1.5 billion and then lease them back.

Mr. Otis said that talks with real-estate investment companies during the Red Lobster sale have given him a fresh insight on the real-estate market and the company will review what it can do with its other properties.

He said, cited by the Wall Street Journal: “This is a very, very robust, very favorable real-estate market so we certainly are going to assess what that means for our other properties.”