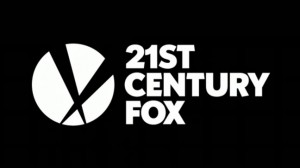 Twenty-First Century Fox Inc., which is owned by Mr. Rupert Murdoch, made a statement announcing that a preliminary agreement with Apollo Global Management LLC was reached. The companies has agreed to merge in order to form a new TV-production venture that is supposed to be the largest one in the world and would consist of a total of three companies.

As reported by the Financial Times, Twenty-First Century Fox revealed in its statement a “preliminary agreement, subject to a number of conditions”, but also explained that there was “no assurance that the proposed transaction will be completed”. The company also shared that the two companies have not sealed the contract yet and there is much to be done before the deal is to be finalized.

One of the Apollos official representatives confirmed that the negotiations are on the agenda, but did not provide more detailed information about the structure of the eventual entity or other terms of the deal.

According to the statement, Foxs Shine Group will combine with two TV-production businesses owned by Apollo Global Management – Core Media and Endemol. The market capitalisation of the joint venture would possibly reach more than 2 billion dollars.

The announcement of the negotiations comes at a time when several broadcasters are trying to expand their reach via acquisitions and adding new content. Last week, a merger between the US Discovery Communications Inc. and Liberty Global Plc was revealed. On the other hand, a deal between the US Letfield Entertainment Group and the British broadcaster ITV Plc was also announced.

One of the analysts, who work at Bloomberg Industries – Mr. Paul Sweeney commented the Twenty-First Century Foxs eventual deal in an e-mail cited by Bloomberg: “It is unclear at this point if Shine on its own can reach the scale it needs. Forming a new, larger venture with Endemol and Core Media may allow it to reach scale and greater profitability sooner.”